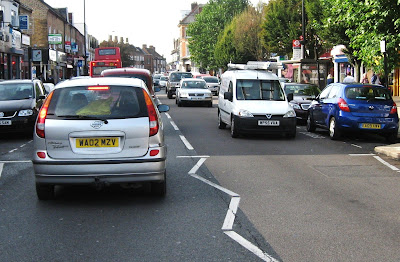 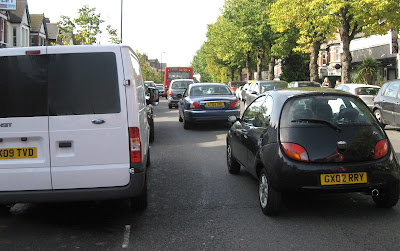 Dave Horton is a sociologist and cyclist, and writes a lot about cycling.

At the level of representation, our task is to generate and continuously reaffirm positive representations of cycling as an ordinary and enjoyable practice, something I am pleased to see happening in, for example, the recent marketing campaigns of both Transport for London and Cycling England.

Personally, I see no point at all in promoting cycling. Who wants to cycle on roads like Station Road, Chingford? It might be relatively safe - the traffic is moving at a crawl - but it certainly isn't pleasant, and the advantages of being on a bike are negated if you are also stuck in a traffic jam and can't get past. Needless to say Transport for London's dodgy statistics about 'cycling in London' exclude any measurement of cycling in places like Chingford, where the very low level of cycling would spoil all those radiant statistics about ninety per cent increases in cycling trips. The London Borough of Waltham Forest is equally reluctant to measure cycling on streets like these. Nobody in the cycling establishment wants to measure or acknowledge failure.

The marketing which Dave Horton is so enthusiastic about comes at a cost. Here’s some number crunching about the cost of Transport for London’s glossy cinema adverts encouraging people to ride bicycles:

Craig (in the comments):

at info shot per head that is £8.45 which is terrible for such a limited audience. £8.45 is a free cycle lock for nearly 3 million cyclists. Or nearly 3000 Sheffield style cycle stands. Imagine if there were 3000 more places to actually park you bike.

And when I finally got ahead of the Chingford traffic jam and approached the junction with the A110, I was overtaken by this lawless anti-social yob who cruised into the ASL at red and sat there, without signalling. Chingford police station is just up the road, but you can be quite sure that its officers have never once made the slightest effort to enforce the ASLs here, which are ignored all day long by drivers who know perfectly well that the Metropolitan Police has no interest in enforcing them. 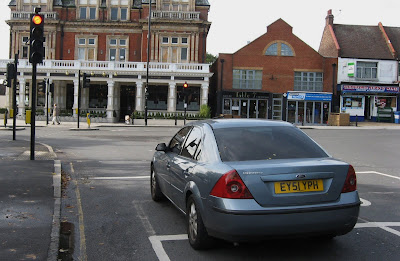