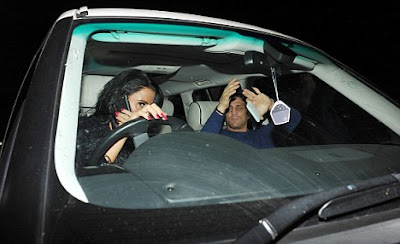 If you needed any reminder that the British judiciary are simply an extension of the motor lobby, contemplate the case of Ms. Price.

She already had seven points on her licence but had three more added to it.

But clearly the glamour model thinks that the laws of the road don't apply to her as she was caught on her mobile phone while driving.

And to make matters worse, she allegedly hit a photographer with her car.

You can be quite certain that the police will take no action against this criminal, and will not keep her under surveillance.

Appeal court judges upheld an earlier decision by a sheriff, not to jail a motorist who had admitted to being responsible for the death of a cyclist through careless driving.

Stephen McKay, 35, had been ordered to carry out 240 hours of community service after he admitted causing the death of 29-year old Brian Taylor by driving carelessly.

The interesting thing about McKay is that his

driving record included convictions for drink-driving, driving while disqualified and speeding, yet appeal court judges refused to jail him, electing instead to increase his driving ban from 12 months to four years and ordering him to re-sit his driving test.

But then since Britain’s toothless and supine cycling organisations have never protested against these kinds of joke sentences, the situation will continue, as it has done for decades.
Posted by freewheeler at 11:14