London’s police force has clearly learned nothing at all since the notorious case of the black cab rapist. Once again the police have preferred to believe a violent cab driver rather than his victim.

A cyclist has spoken of his relief at being cleared of assaulting a taxi driver involved in a crash in Oxford Street.

Jared Kelly, 39, was only able to clear his name when two witnesses came forward after reading about the case in the Evening Standard.

He had confronted the driver whose cab cut in front of him, causing him to crash into the back of the taxi and fall off his bike. In the exchange in March, the driver grabbed a scarf around Mr Kelly's neck and throttled him unconscious.

Despite pictures showing a red mark around Mr Kelly's neck, one witness said Mr Kelly, a screenwriter from Westbourne Grove, had attacked the cabbie.

But at a hearing at South Western magistrates' court he was cleared of assault after the cabbie's evidence was found to be not "credible".

i know something of this story so i'll ask evening standard: what happened to the taxi driver who 'produced' a witness who, coincidentally, was a taxi driver also and made a statement supporting the false events?

why did the police side with the tax driver without any real evidence and is there any truth that, as taxi drivers, because they are often a source of police information, are sided with, to the point of (as in this instance) criminality?

will the taxi driver lose his licence, as i'm led to believe that it goes with a criminal prosecution, or will the case be dropped through a colluded 'lack of evidence'? surely the two witnesses count in the prosecution in this violent, aggresive act.

come on, evening standard, do your job and investigate!

The driver of black cab 57871 is contemptuous of Advanced Stop Lines for cyclists and my photographs show him driving into an ASL at red. But this driver is protected both by the Met and the Public Carriage Office, which both institutionally serve the interests of lawless black cab drivers. Monmouth Street WC2 at the junction with Long Acre, where the scale of criminality by cab drivers (and others) in the ASLs is at epidemic levels. But don’t expect ever to see the car-centric anti-cycling Met ever enforcing the law at this location, or at any other ASL in the West End.

(Below) First pic: a motorist drives into the ASL at red. Second and third pics: a black cab driver in the middle lane respects the ASL and stays out of it. He is then joined by a second black cab, whose driver enters the ASL. 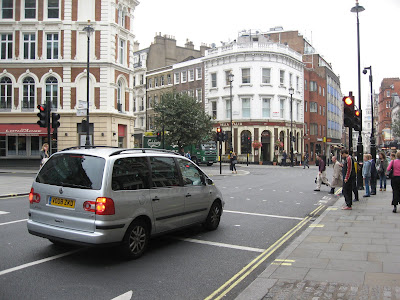 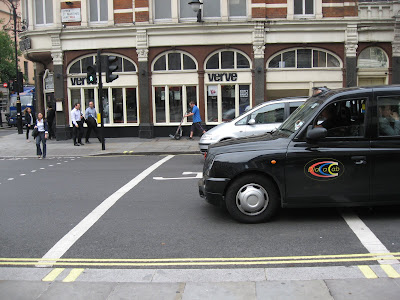 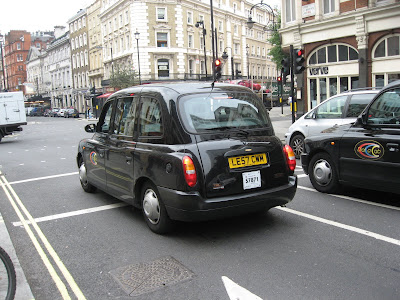