Vegetation over the footway

A GREEN-FINGERED resident with a front wall covered in plants has slammed the council after it demanded he cut them down. Greg Tingey, of Woodbury Road in Walthamstow, says he was sent a threatening letter by the authority claiming that his front garden was an obstruction to pedestrians and a safety risk to partially sighted people.

But 64-year-old Mr Tingey, who has lived in the house since 1948, says the council is ignoring far more extensive overhanging vegetation from its own properties, such as the nearby Walthamstow School for Girls.

He also claims that the authority has made a mistake because the boundary of his property actually extends beyond his front wall.

He said: “There's a lot of my garden but it doesn't extend onto the pavement by any significant amount - it's a matter of inches and centimetres.

Oh yeah? A bit more than a few inches, I'd say. 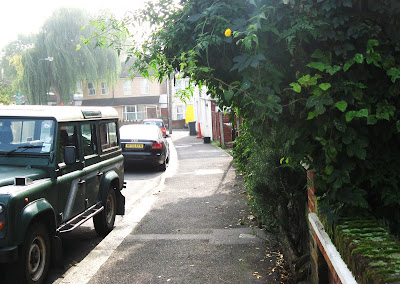 Now it's not a major obstruction but Greg Tingey protests too much. It seems to me perfectly reasonable of the Council to ask him to cut back that foliage. The Council only acts in cases like these when they've had a complaint, so someone who walks along this road is plainly not happy.

Even if it is true that the householder's garden extends beyond the garden wall (and I'm a little sceptical of this claim) it's irrelevant to what is a public right of way. The fact that the Council is hypocritically doing nothing about overgrown vegetation from the school is also irrelevant to this particular issue. However, the Council should certainly not be singling out this householder. There are two other nearby properties on Woodbury Road which should also be told to cut back foliage from their gardens which protrudes over the footway. 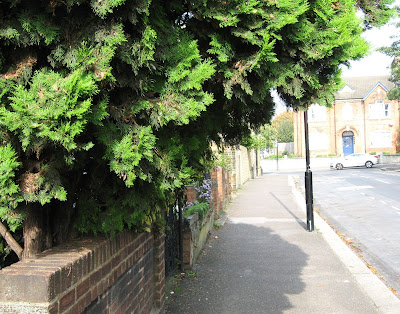 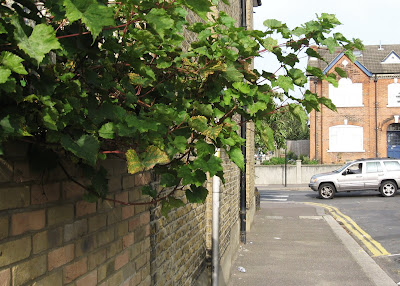 Posted by freewheeler at 09:09