Parking for 13 cars and 2 bicycles 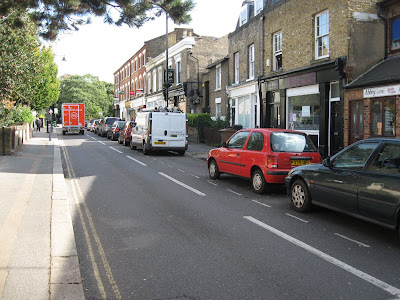 Orford Road, Walthamstow, between Eden Road and Beulah Road (these last two names underlining how close we locals are to paradise). This is the heart of old Walthamstow, otherwise known as ‘the village’ and where you’ll find some of the area's most popular pubs and restaurants. Cycle parking is almost non-existent, even though the local Labour Party has been waffling about its passion for the environment for years. Indeed, the HQ of Walthamstow Labour Party is in the row of buildings in this photo.

In this short length of street there is parking here for 13 cars (in the road) and two bicycles (on the pavement) (or three bicycles, if you count the one round the corner in Beulah Road, sited where you might not want to leave it when night has fallen).

My recent sarcastic comments about the street light blazing all day long by the Labour Party office attracted defence from the friends of Stella Creasy MP in the comments here.

One excuse offered is that Labour Party people only come out at night (which might give rise to suspicion). However, having recently seen Stella posing for a photographer at mid-day on Eden Road, I know this isn’t true. Now it is perfectly true that it is the local Labour council, not the local Labour MP, who is responsible for maintaining street lights, but I know Stella is passionate about making this a better world, and she has herself said how much she looks forward to hearing your views on how we can support action to address climate change here in Walthamstow.

Which is what I am doing. This is a parochial blog with some parochial suggestions for improvement. One would be to properly maintain street lights which have been blazing in prominent positions during the daylight hours for over a year (which are featured on this blog from time to time). It is hypocritical of the council to tell residents to save energy by switching off unnecessary lights, when its own streetlights blaze during the daylight hours all over the borough.

Another modest suggestion of mine is to provide lots of bike stands in places like the village.

Instead of devoting road space to cars, including menacing gas guzzlers like this one parked on Orford Road near the Labour Party office, you could substitute some imaginative bike parking. Yes, why not remove just one car parking space and substitute a colourful, imaginative and environmentally-friendly set of bike stands? 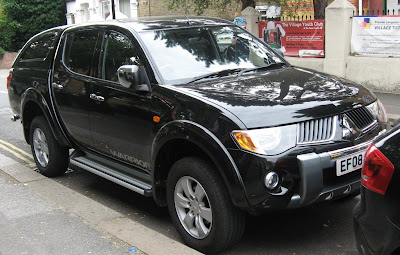 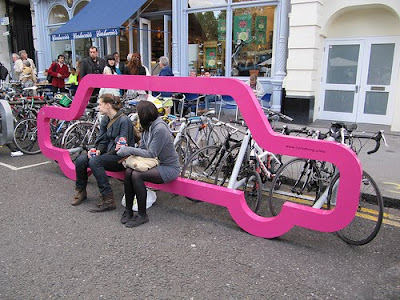