Today is the climate change day of action!

The latest issue of the Council’s newspaper says that today is The Climate Change Day of Action, and it has some top tips how vegetarians can best reduce their carbon footprint: 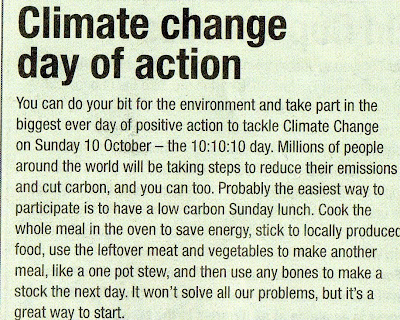 But, hey, don’t stop there! Why not stroll along to Orford Road, Walthamstow, stand on the corner with Beulah Road, and admire this massive street light (below) which burns brightly all day long, in defiance of our Labour Council’s insistence that residents and businesses save energy by not wastefully burning lights in the daytime. Then turn your head, look across the road, and see what you can see. 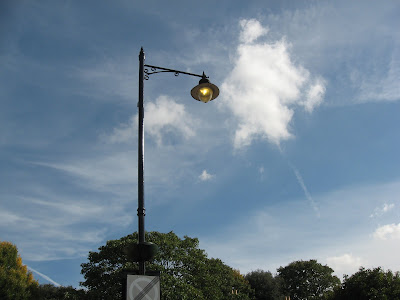 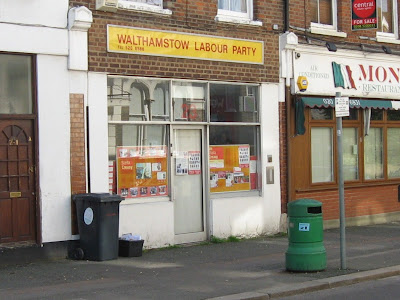 Yes, a whole window devoted to a passionate environmentalist who last April was praised by Energy and climate change minister Ed Miliband but who then ungratefully backed his brother (though she has since been desperately trying to repair the damage).

You’d think Stella Creasy MP would have noticed the lampposts in the village, two of which have now been burning brightly through the daylight hours for well over a year. Like the one further up Orford Road, and the one at the entrance to Church Path. The mystery remains: is it that Dr Creasy just doesn’t notice this profligate waste of electricity, or is that she spends very little time in Walthamstow? The same questions apply to all Labour councillors and party members who pour in and out of Labour’s HQ on Orford Road. 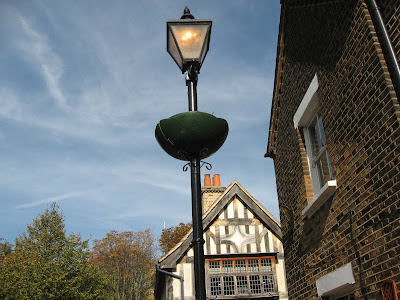 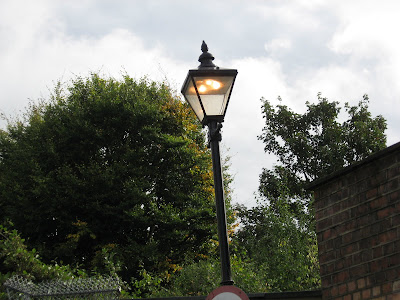 Britons are less environmentally conscious than they were five years ago, with twice as many people now "bored" by talk of climate change as in 2005. Four in 10 take no action at all to reduce their household carbon dioxide emissions.

A new report, by market researchers Mintel, shows that many of Britain's 26 million homes fail to make simple adjustments such as turning down thermostats, switching off lights and switching off appliances rather than leaving them on standby.

Experts warn that green fatigue is a major reason why there are more cars on the roads.

But it’s not ‘green fatigue’ that is putting more cars on the roads. It’s the concrete, tangible policies of councils like the London Borough of Waltham Forest, which for many years has been pursuing anti-cycling and anti-walking policies and creating an ever better infrastructure for drivers by seizing road space and even pavements for car parking, while simultaneously smoothing motor vehicle flow by creating one-way streets and gyratories without any interest whatsoever in the impact such car-centric transport planning has on cycling.
Posted by freewheeler at 09:12