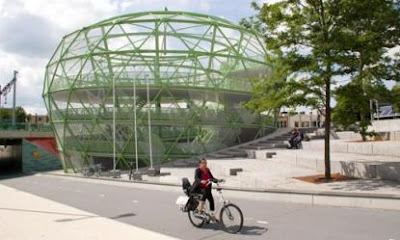 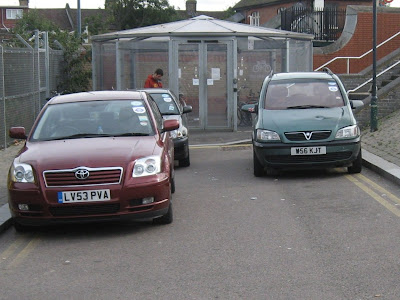 In Alphen aan den Rijn (no, me neither) they’ve just opened an ‘apple’ facility for leaving bikes at the station:

970 bikes fit within the bike racks in the "apple."

This brings the total number of cycle parking spaces at Alphen aan den Rijn station to 2850.

This foreign nonsense is unlikely to impress a British cycling campaigner. In Leyton, for example, the Central Line station is supplied with ‘The Bike Shed’, a fabulous piece of infrastructure which contains an awesome 16 Sheffield stands.

Unlike the Dutch apple, the Leyton Bike Shed entrance is protected by double yellow line 'no waiting at any time' parking restrictions, which ensure unrestricted traffic-free access to the Shed at all times, as can clearly be seen in the photo above.

The facility is also maintained to the high standards of cleanliness which you would expect from this Council (see below).

Sadly, the stained sheet of paper which was taped to the wall providing details of how to use this facility has long since dropped off but, hey, that's not a problem! The railings and fencing in the vicinity of the Bike Shed have bikes locked to them, which means that (i) the Shed was full so smartcard users were unable to access the facility, or (ii) these cyclists would rather not pay a fiver to park their bikes, or (iii) these cyclists reckon their bikes are safer on public display than tucked away in the shed.

Incidentally that comic publication known as The Waltham Forest Cycle Action Plan includes in its vision of the future:

Needless to say no such facility has been built at Blackhorse Road station. That’s cycling targets for you, folks! 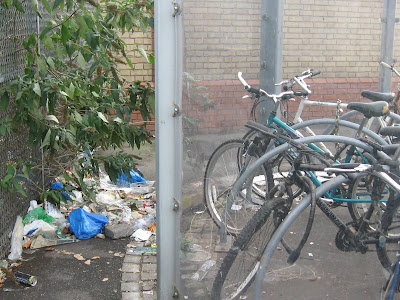 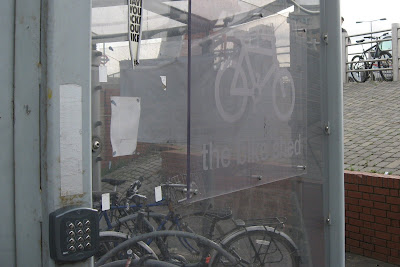 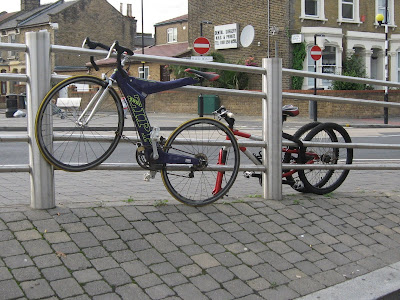 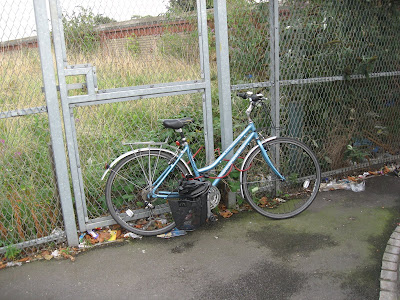