The disappearances (or: just fancy that!)

I used to have a lot of fun comparing the pious statements contained in the council’s Green Charter with the reality on the streets. But then I had some sad news: Funnily enough, since I started comparing the empty pledges of the Council's 'Green Charter' with the reality, the text of the Charter seems to have disappeared from the Council's website.

The Green Charter has mysteriously melted into thin air. But it wasn’t all that vanished.

A few years ago there was that inspiring council environmental group Local Agenda 21, which was to Green the borough in all kinds of exciting ways. I remember participating and making all kinds of exciting suggestions regarding streets and transport. The other local volunteers loved them. The councillors loved them. And the council officers approved them, with one small addition: ‘where possible’. And as we know it simply isn’t possible to curb car ownership, car use or car parking.

The Local Agenda 21 Action Plan included the commitment to protect open space. But that was before our council became the property developers' friend.

The two photos below show land, now fenced off, which once belonged to the people of the London Borough of Waltham Forest. It is located on Forest Road, just to the west of the junctions with Palmerston Road and Higham Hill Road. The council decided it had no use for this land, even though it is close to the site of the birthplace of William Morris and could, at the very least, have been utilised as a small park area, with, say, a large and striking sculpture celebrating this local connection. But then Waltham Forest has some of the most dismal, philistine and unimaginative urban planners in London. This land was given away to a housing association, which claimed to want to build on the land. Once given away, the housing association changed its mind. Instead of returning the land to the borough the housing association is selling it, so local people lose twice – not only the land but also the money obtained from its sale. No one involved in the protection of open space in Waltham Forest has ever raised a squeak of protest.

Local Agenda 21 faded and died a quiet death, although curiously the local LCC group still maintains a link to its website – and if you click on it (I urge you to - it's under 'Transport & Environment') you’ll get a perfectly apt communication.

And now something else has curled up, died and vanished!

The council has now wisely removed this link, which is obviously more effective than dealing with the hundreds of street lights which blaze all day long across the London Borough of Waltham Forest. Global warming? It’s a load of rubbish innit. 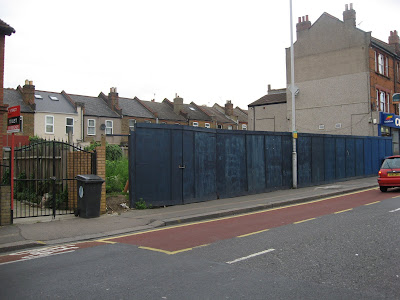 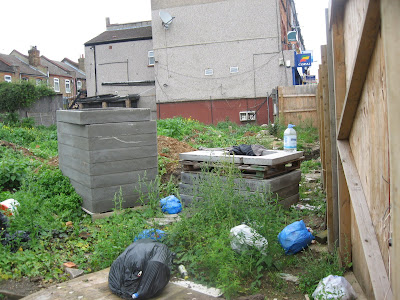 Posted by freewheeler at 10:52