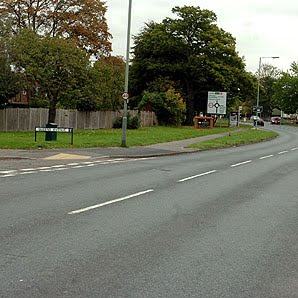 A child cyclist died here – at a location which could easily have been provided with a safe, segregated, off-road cycle path.

A FEMALE driver has been arrested after a teenage cyclist was killed in a collision with a car in Byfleet on Wednesday night.

Police said the fatal accident happened at about 9.38pm as the 17-year-old victim was cycling towards Woking along Parvis Road, near Queens Avenue.

The car involved was a black Audi TT convertible that was travelling in the same direction.

A cyclist who was involved in a collision with a lorry near Tickton has died.
Posted by freewheeler at 12:01