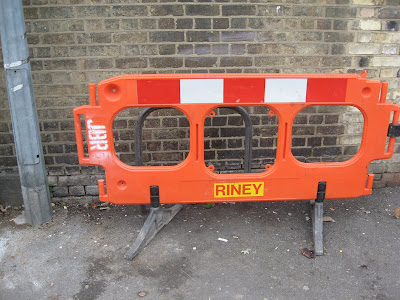 The roadworks firm JB Riney has previously come to the attention of this blog as a result of its dynamic engagement with cycling infrastructure which allows cyclists to test their skills.

JB Riney has been made the council’s official roads contractor, which is a very lucrative arrangement (such a shame it isn’t a local business). What the borough gets out of the arrangement isn’t clear, though together with legendary Kier and something called the Good Impressions design consultancy (a ‘graphic design consultancy’ based in Canary Wharf – another non-local business) Riney assist in the sponsorship of the council’s awesome Love Your Borough awards.

You’d think a council would set certain standards for its approved contractor, such as for example requiring its work force not to wilfully obstruct cycle stands or leave contractor's clutter littering the streets weeks after a job has been completed. But then again this is Waltham Forest Council, so obviously not. Indeed, so great are our local traditions that they have given birth to a completely new verb, a dazzling gift to the English language: to Walthamize.

These photographs were all taken yesterday. The one above shows a cycle stand on Mission Grove E17, and below is the one next to it. The final pic was taken in The Town Square by the children’s playground. There was no work going on around these cycle stands. To JB Riney’s not very bright workers, cycle stands are simply convenient places to store plastic fencing and other equipment. 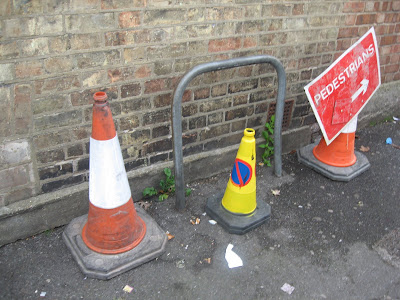 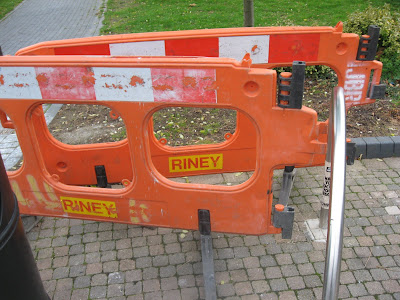