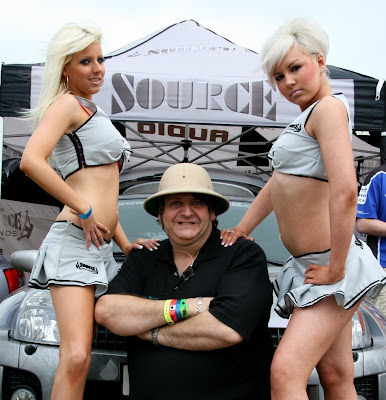 Another day, another survey. The RAC has been asking drivers about in-car distractions. At 55%, Londoners said they were most likely to be distracted by their mobile phone.

This morning’s BBC Breakfast Show decided this was a good topic for discussion. So who did the BBC choose to respond to the survey? The grotesquely obese Adam Rayner. Who he?

Adam was In Car Electronics Editor of Max Power for four years and Fast Car for seven and still contributes to Fast Car.

Not the first person you might think of to discuss ‘road safety’ but the BBC loves Adam, and he’s a regular.

Needless to say the smirking dullards on the sofa had no intelligent or well-informed questions to put to Adam. They just lapped up whatever he had to vomit. So, there was nothing about the risible penalties for those caught driving with a mobile phone, nothing about the massive reduction in road traffic policing over the past twenty years, no interviews with families bereaved by killer drivers, no counter-perspective from anyone from RoadPeace or Brake. And obviously no cyclist’s point of view. That's BBC 'balance' and 'impartiality' for you.

Instead viewers had to put up with Rayner’s ludicrous claim that the law was unenforceable, and that the real solution was in-car gadgetry that you don’t have to look at while you are driving. Rayner wants to see mobile phones that you can operate by ‘tickling’. (Frankly, even if I was an inert lump of plastic I would not wish to be tickled by Adam Rayner.)

And this is the shallow, car supremacist crap which licence payers have to subsidise.
Posted by freewheeler at 13:31