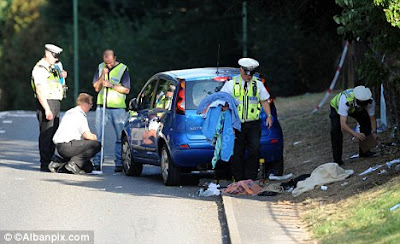 Nine children were treated in hospital after a car ploughed into a school group in a village.

A 40-year-old woman was arrested on suspicion of dangerous driving following the incident in Worlingham, Suffolk, on Friday afternoon.

A cyclist was critically injured and three others hurt when a car ploughed into a pack of 20 riders in Auckland yesterday.

Cyclists who were with the injured men described the scene as "absolute carnage."

Police inspector Willie Taylor said the driver appeared to have driven through a compulsory stop before colliding with the group.

(Below) High viz gear and cycle helmets. But I expect the driver just didn't see them.... 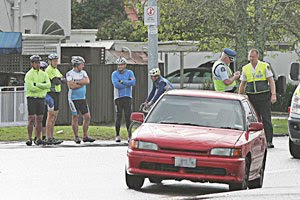 Posted by freewheeler at 14:24