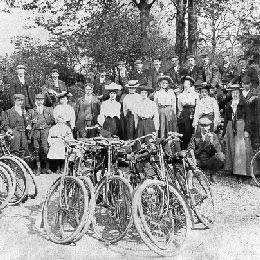 I discovered on Roger Huddle's 'Radical Walk' that Walthamstow was once a hotbed of radical cycling socialists. They were known as the Clarion Cyclists, and were the local chapter of a national organisation. Amazingly the Nation Clarion Cycling Club still exists, though these days it gives the impression of being a jolly cycling social club rather than a socialist propaganda outfit.

In Walthamstow hundreds of cyclists would assemble at The Bell corner, and then pedal off to greet the arrival of The Clarion Van, which they would escort around the neighbourhood, bringing the message of socialism to the workers. All tangible local traces of this phenomenon seem to have vanished, and there don't seem to be any photographs. So I've had to make do with pics of Clarion Cyclists from oop north.

(Below) A Clarion van. 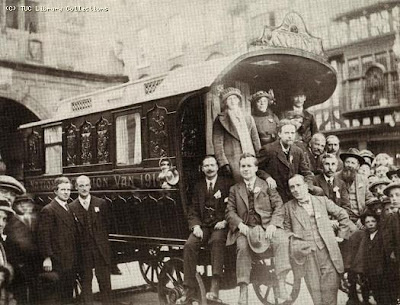 (Below) A jazz age Clarion Cyclist named Elsie. Well, you only have to look at her to see she's a born troublemaker. 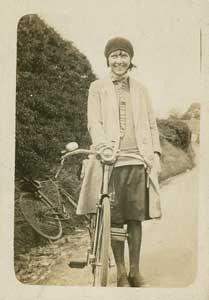 (Below) She married fellow radical Thomas Calderley. Note the disgraceful absence of cycle helmets or high visibility yellow luminous jackets. And that device they are sitting on is plainly designed to slow down motor traffic and impede the glorious dawn of mass car ownership and the great car economy. 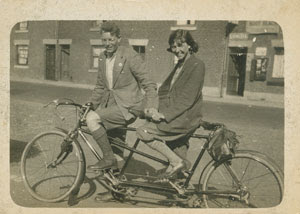 Posted by freewheeler at 08:15