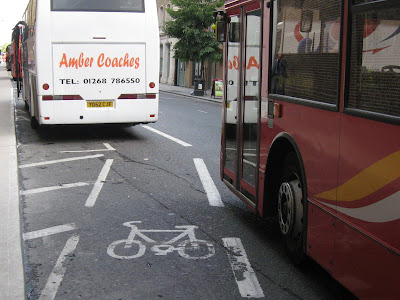 Since Rob Ainsley is today unfolding the delights of Kings Cross station, let me add a travel supplement – the cycle lane on York Way, right next to the station. The pavement has been built out, which has a knock-on effect on the buses which park here, which has a knock-on effect on the cycle lane – it effectively deletes it. So much for a 'world class cycling city'.

(It would be possible to shift the cycle lane and widen it, but this would impinge on a two-lane motor racing track, which would obviously be unacceptable. Speeding motor vehicles blatantly breaking the speed limit in the middle of London are a higher priority than the safety and convenience of cyclists) 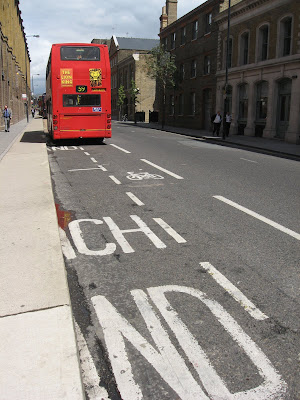 Posted by freewheeler at 14:49