‘Surely this is madness’

the most dangerous green Nazi in existence.

You guessed. The cyclist. And who can possibly doubt that someone on a bicycle poses the most deadly threat to European civilisation since Adolf Hitler?

And who thinks cyclists are

hoodlums who disregard the Highway Code believing they have the morale high ground because they are not polluting our planet.

And who doesn’t seem to know the difference between ‘moral’ and ‘morale’?

Who presumably aspires to employment on the Daily Mail.

A newspaper which, as the Media Blog observes,

has clearly decided cycling – or rather its abolition - will be its new cause-celebre.

And while we’re on the subject of the Daily Mail, here’s a pic of that newspaper’s founder with a buddy who was not a cyclist but a famous motorway pioneer and fast car enthusiast. 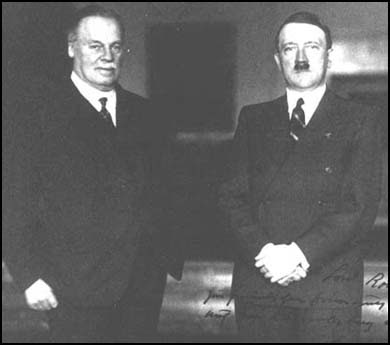 Posted by freewheeler at 12:19