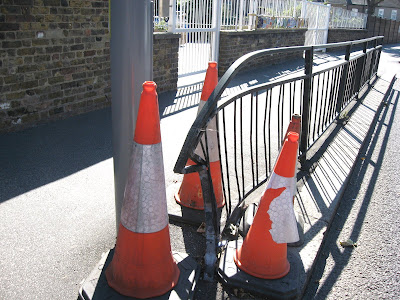 Most crashes on British roads do not result in injury or death, which is why trying to define “safety” solely by casualty figures gives a false impression of exposure to risk on the part of cyclists and pedestrians, who are more often than not the innocent victims of dangerous driving.

It’s yet another reason why the CTC’s definition of “safe cycling” based on KSI figures (i.e. cyclists killed or seriously injured in road crashes) is inherently absurd and, in terms of “encouraging cycling”, futile. Not that futility and wrong-headedness has ever bothered the CTC, which remains to this day a massive obstacle to mass cycling in the UK, as it has been ever since 1934.

Another problem is how you define “dangerous” and “reckless” driving. What most readers of this blog might regard from their own experience as meeting those definitions is very likely to be defined by the Crown Prosecution Service merely as “careless” driving.

To get a true picture of just how poor driving standards are on British roads, and how often there are crashes, you need to look at insurance claims. But it is remarkably hard to get hold of statistics regarding the annual total of insurance claims for damage to motor vehicles resulting from road crashes. However, I believe it's running at around five million claims a year.

A subsidiary aspect of these issues is how streets are perceived. The corporate mass media repeatedly represents streets as places where significant numbers of lawless, rule-breaking cyclists terrorise and injure pedestrians and also collide with motor vehicles, while drivers by and large obey road traffic law, while being simultaneously persecuted by traffic wardens and speed cameras, there to extract even more cash from the victimised, monstrously exploited motorist. Ideology, needless to say, is not rational in what it conveys but is there to serve interests.

Everybody seems to “see” rule-breaking cyclists but very few seem to see the extent of rule-breaking by drivers. Even fewer see the widespread evidence of driving which is so bad that drivers “lose control” and hit stationary objects. I noticed that recently the safety railings outside Our Lady and St George’s Catholic Primary School on Shernhall Street, Walthamstow, had been damaged. (“Safety railings”, of course, provide no protection for pedestrians, and are there to prevent sentient bipeds from intruding on hegemonic motoring space.)

The speed limit along the entire length of Shernhall Street is 20 mph, and drivers are warned by signs that they are entering a neighbourhood which contains seven schools. Needless to say there is no shortage of drivers who routinely ignore this speed limit. The traffic calming is inadequate to enforce the limit and the car-supremacist Metropolitan Police refuses to enforce 20 mph speed limits. The Met's all-male limo-lifestyle command structure is very much on the side of violent death and mutilation on the roads and has only the most perfunctory and minimalist interest in prevention.

It is a reasonable deduction, Watson, that the damage done to these railings was the consequence of a driver “losing control” on the bend. Trivial damage to railings is not in itself an index of how bad the crash was. For example, I spotted minor damage to a single piece of street furniture on Forest Road, Walthamstow, a few days before I read about the reason for it here. Neither the emergency services nor local authorities are under a statutory obligation to notify the press of crashes, which is why the vast majority go entirely unrecorded by local newspapers.

Ultimately, this particular instance of a driver colliding with a stationary object is, I strongly suspect, just another crash on a safe road. 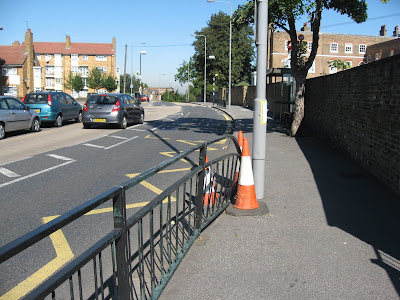 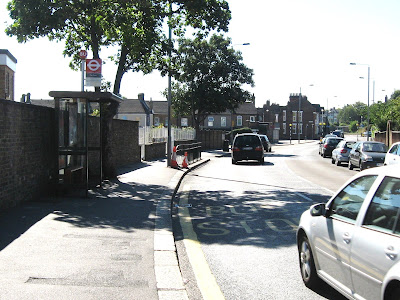 Posted by Freewheeler at 18:30