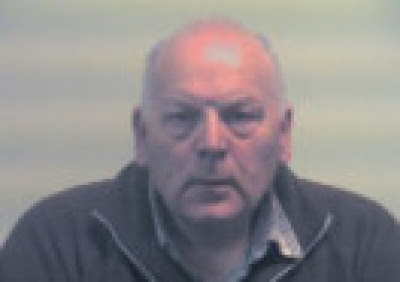 The court heard Beckett, of High Street Mews, Mosborough, was “tailgating” other drivers when he came behind Mr Cunliffe, 60, a keen cyclist who was riding his new £2,500 Protec bike at Tinker’s Corner, Sheffield, on March 6 last year.

Beckett was alleged to have “cut up” the cyclist as he went round a corner and an altercation ensued. Beckett drove on, then got out of his car and stopped the cyclist in the middle of the road before punching him repeatedly.

The judge added that Beckett had not shown a “shred of remorse” and he clearly suffered from anger management problems. “The only person who doesn’t see it is you,” he said. “You think the whole world is against you.”

The judge said reports showed he had an “aggressive and provocative” character and found it difficult not to be the person in control.

No surprise to learn that this driver was a former police officer or that after all his fierce rhetoric the judge then feebly let him walk free from court.

Meanwhile in another court

A 'chancer' who killed four members of the same family when he shunted their car off the road and into a reservoir while rushing to work was jailed for four years yesterday.

Mechanic Gordon Dyche, 24, had recently completed a driving ban when he tried to overtake two cars in a row on a winding country road because he was worried he would lose pay if he was late.

Dyche, who had a history of minor driving offences, had completed a three month ban for driving without insurance just three weeks before the accident on the B4518 in April last year.

So what kind of driving ban do you get for having a history of repeated motoring offences which finally culminates in killing four other road users? You guessed correctly. An insultingly small one. He was banned from driving for four years.
Posted by Freewheeler at 07:41