The Metropolitan Police took a very tough line with London’s July Critical Mass cycle ride: Police believed the demonstration "had the potential to cause serious disruption"

The Met was far more relaxed about the EDL march through Walthamstow today:

POLICE have told the Guardian they have no intelligence to suggest that a controversial march by the far right English Defence League (EDL) this weekend will be violent or disrupt the community.

I feel sure local residents won’t have felt a bit disrupted. It enabled some of them to develop their three-point-turn skills, as shown in this beautifully choreographed display of the sort which could be witnessed on all four ‘A’ roads leading up to the Bell Corner today. These two photographs show Chingford Road, southbound. 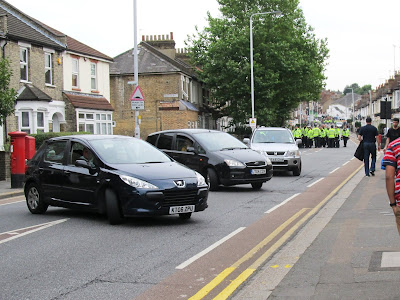 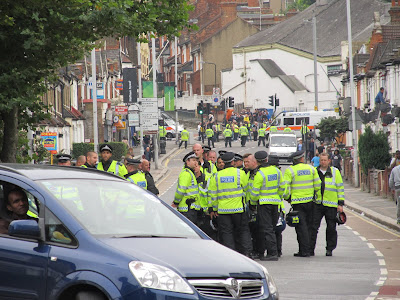 Church Hill was gridlocked and it was taking drivers over twenty minutes to travel a very short distance. On the plus side this was the first time this 20 mph zone has seen one hundred per cent compliance with the speed limit!

It also forms part of the cycling friendly London Cycle Network – yes, it does look inviting, does it not? 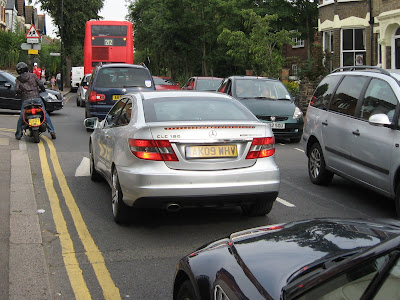 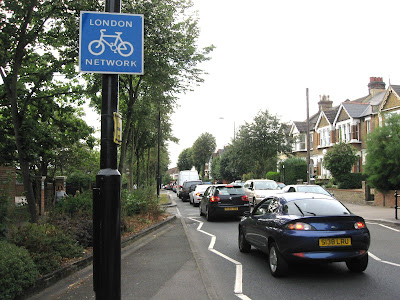 Forest Road sealed off eastbound at the junction with Bromley Road. 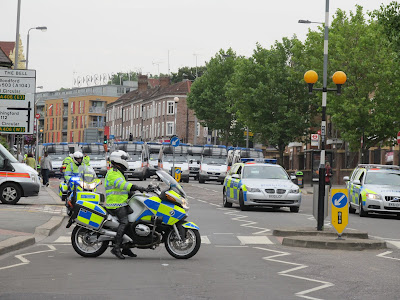 Forest Road sealed off westbound at the gates of the Town Hall: 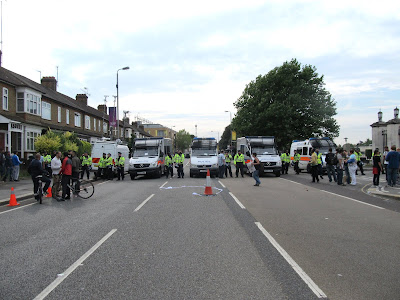 The Met uses only the finest contractors for their temporary fencing. It takes real skill to park in an off-road cycle path like this. 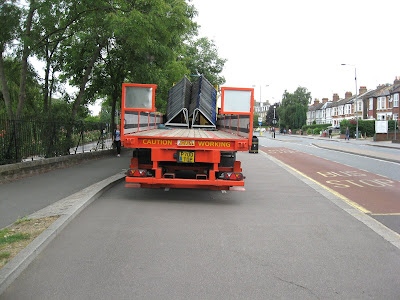 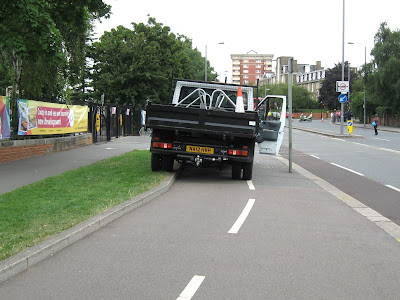 It appears that some of the anti-EDL protesters were ‘kettled’ on Hoe Street. 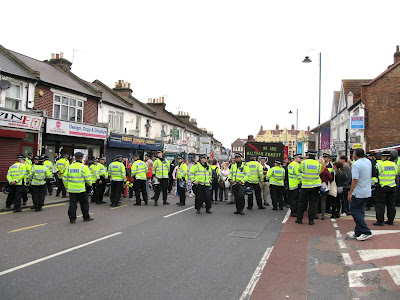 All I saw in the sky was this: 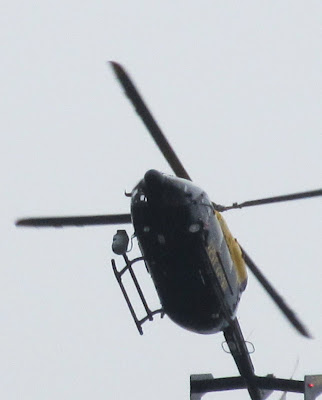 It seems there was some disruption after all.

I do hope someone is going to ask how much all this cost (here’s a possible clue).
Posted by Freewheeler at 18:15