In its haste to surrender the segregation option the CTC envisages a situation in which a local authority claims it doesn’t have the money to provide cycle paths (even though finance is never the reason; the problems are political, not economic or technical). Therefore,

if its budget only extends to painting some white lines, CTC believes these would be better placed on the road.

I am reminded of the way in which the LCC’s ‘Go Dutch’ policy has often been compressed into a single, slippery phrase ‘dedicated clear space for cyclists’. By a marvellous sleight-of-hand the Dutch option can thus be cleverly transformed into… vehicular cycling!

The very finest white lining, of course, is the unbroken white line alongside an on-road cycle lane. Backed up by a double-yellow line ‘no waiting at any time’ restriction this makes it unlawful for any driver either to drive into the cycle lane, or to park there. It's unambiguously dedicated clear space for cyclists.

And if the cycle lane is placed towards the centre of a wider carriageway, continuous and unbroken white lines ensure that no vehicle intrude there.

Where better to look for the success of such inspiring infrastructure than such progressive cycling authorities as Waltham Forest and York?

Here’s the policy in action on two primary routes. 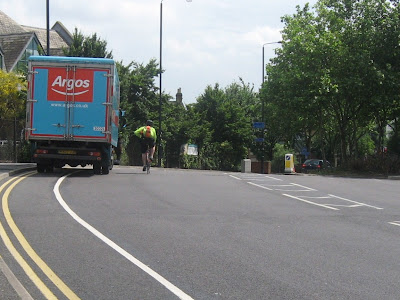 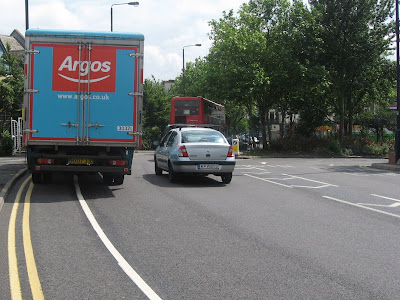 (Above) The southbound A112 in Waltham Forest.

The tight bend means that bus drivers can’t avoid entering the cycle lane. But that’s the Hierarchy of Provision for you… 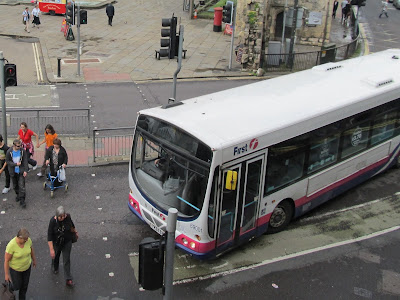 Posted by Freewheeler at 15:14