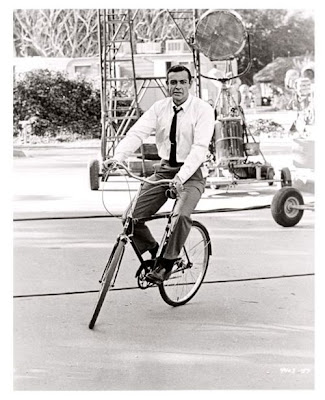 (Above) Sean Connery on a bicycle


My current bedtime reading is Ian Fleming’s Casino Royale, first published in 1953. And when I came to Chapter 15, where Bond goes on a high-speed car chase after the abducted Vesper, I was startled to read this sentence:

Bond’s mind raged furiously on with the problem as he flung the great car down the coast road, automatically taking the curves and watching out for carts or cyclists on their way into Royale.

James Bond watches out for cyclists!

This is very impressive. One does not associate 007 with a commitment to road safety.

The ‘great car’ is, of course, a modified 4½ litre Bentley. 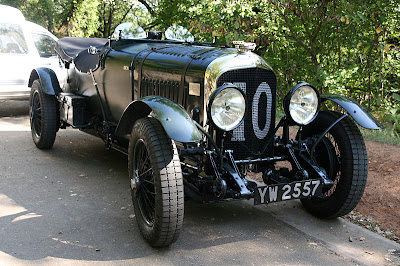 I wish I could end it there but I’m afraid the paragraph contains two more sentences which rather take the edge off Bond’s concern for cyclists:

On straight stretches the Amherst Villiers supercharger dug spurs into the Bentley’s twenty-five horses and the engine sent a high-pitched scream of pain into the night. Then the revolutions mounted until he was past 110 and on to the 120 mph mark on the speedometer.

So I’m afraid if Bond had met a cyclist, the miscreant would have just appeared out of nowhere.

(Below) The kind of typical cyclist who 007 might have encountered in France in 1953 if our hero hadn’t been racing around in a supercharged Bentley. Hard luck, James! 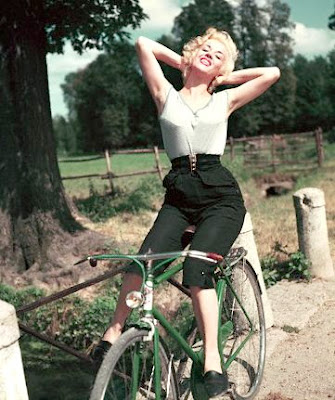 Posted by Freewheeler at 15:41