Regent Street to be closed to cars - for display of cars 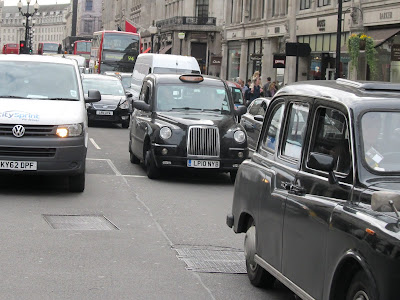 
Where better to host a motor show than a street crowded with pedestrians?

Great cars from the 19th century to the modern day will be on display in Regent Street, London on Saturday November 3, as part of the free weekend of motoring hosted by the Royal Automobile Club.

Now in its third year, the the Regent Street Motor Show is claimed to be the largest free motor show in the UK. Although the street will be closed to traffic, the shops will remain open until 10pm.

Joining the 100 pre-1905 vehicles in the EFG International concours d'élégance will be low energy use vehicles as they arrive from Brighton having completed the RAC Future Car Challenge – some of these will not have been seen on UK roads before.

There will also be a display of beautiful cars owned by RAC members
Posted by Freewheeler at 08:59