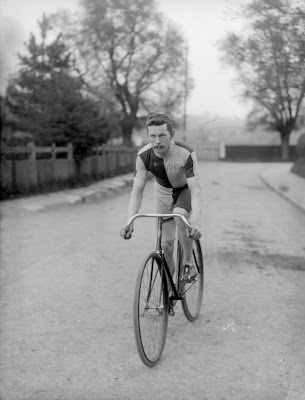 The CTC activist is easily recognised by his tense expression and powerful stare.

Fond of dropped handlebars and brightly coloured jerseys, the CTC activist is very, very particular about how handlebar tape should best be applied.

The CTC activist favours tight clothing which displays his scrotum to best advantage. Sometimes he exhibits a fondness for leather straps.

He never eats Dutch cheese, on the grounds that if he does so he might then be banned from eating Cheddar.

The CTC activist feels strongly that cyclists belong on the road. He is sometimes woken in the night by nightmares of being prevented from cycling down his local High Street by armed Dutch police.

The CTC activist is a strong believer in ‘safety in numbers’ because if more people can be persuaded to cycle, he might then get to meet just one other cyclist on the A3 between Guildford and Portsmouth.

Here we see the CTC’s leading activists once again struggling to persuade indifferent non-cyclists that there is “safety in numbers”. 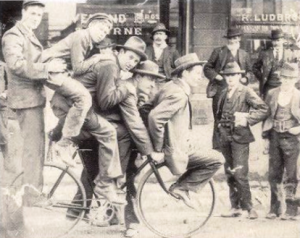 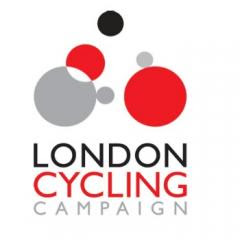 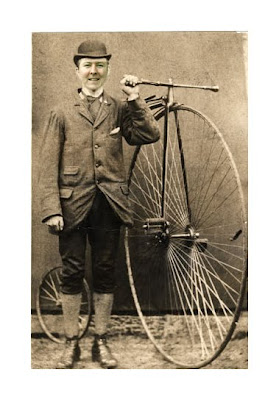 The London Cycling Campaign activist respects red lights and believes in dressing up in suitable gear for the daily commute.

Appearing conspicuous and making eye contact with drivers is essential for surviving daily cycling in London. The LCC activist is a cheery optimist, although the cycling philosophy will depend on which branch the activist belongs to.

Highlights of the cycling year include Bike Week and No Car Day.

The highlight of LCC activism is a slow bicycle ride with police protection. This will not achieve anything but is great fun.

The LCC activist would like to ‘Go Dutch’, but only very moderately, and often with strong reservations, and sometimes not at all, especially if in the Hackney branch. 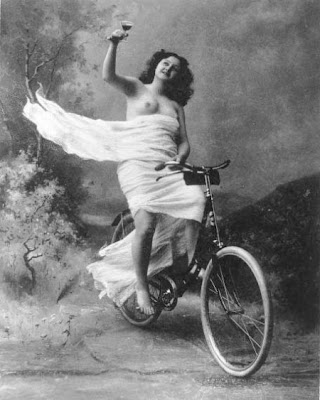 Handsome, fit, bronzed and sensibly dressed in clothes which are chic yet casual, and possessed both of a shrewd critical intelligence and a great sense of humour (they need it) the CEoGB supporter is the envy of all other cycling activists, who sadly tend to have a waxy pallor and to be what psychiatric social workers know as “on the spectrum”.

CEoGB activists know how to live life to the full. They ride cumbersome utility bikes and believe that cycling should be safe, convenient and relaxing, i.e. they are killjoys who want to spoil all the fun of an adrenalin-charged ride round the Elephant and Castle or Hyde Park Corner.

CEoGB activists are notable for emitting a series of uncontrollable groans and sighs throughout the day as they encounter for the thousandth time the argument that streets in British towns and cities are just “too narrow” for Dutch-style cycling infrastructure, which it is unrealistic to ask for because it will never happen, at least not until we get more people cycling, which we can do by explaining how cycling is safe, and also by persuading drivers to behave nicely.

The front gardens of CEoGB activists often contain tulips and model windmills.
Posted by Freewheeler at 10:00