How to design for cycling collisions

A very simple and economic way of designing for collisions between cyclists and drivers is to ensure that a cycle lane is brought into conflict with overtaking motor vehicles. This example from Peasholme Green in York possesses all the design virtues of classic simplicity. This is a primary route into the city centre. The cobbled verge possesses no historic significance and the cobbles were placed there for aesthetic reasons. 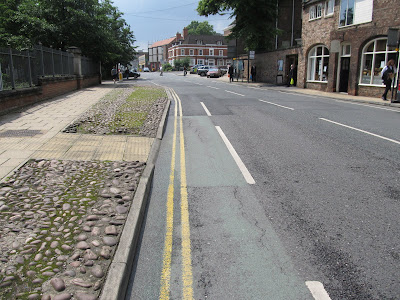 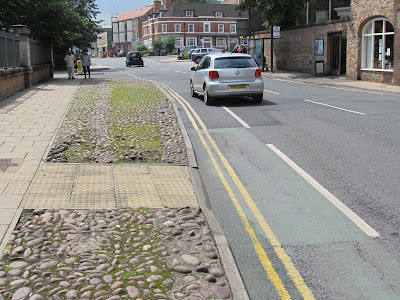 However, simply bringing cyclists and drivers into conflict may not be enough to suppress all local cycling. It may be necessary to add an extra refinement, in which case ‘dooring’ should always be considered as an optional extra. This example on Ruckholt Road in Leyton demonstrates how best to situate a cyclist between overtaking lorries and car parking bays. 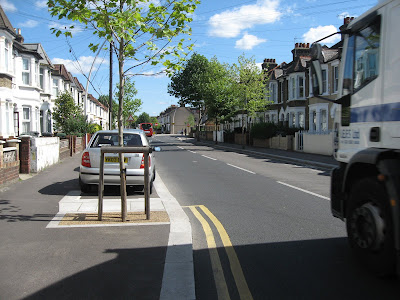