more scenes from the Hierarchy of Provision

Both the CTC and the now defunct Cycling England (which lives on digitally) praise York as a city which puts pedestrians and cyclists ahead of motorists. Naturally York council is delighted by such praise and there is much mutual back-scratching.

Let me focus today on pedestrians in York, who are failed in this city at every level – including those of enforcement and infrastructure. You’d never know it from Cycling England, which illustrates this document with this: 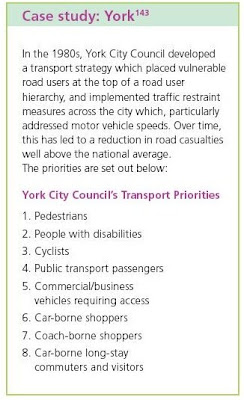 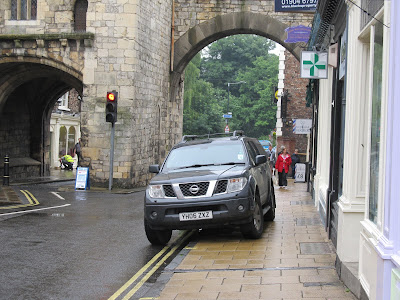 The vehicle shown above seems to be associated with a local business. It was still parked in the same position (but joined by a second unlawfully parked vehicle) when I passed by three and a half hours later and took these photos of a woman with a baby in a pram, who were forced out into the road in order to get past. 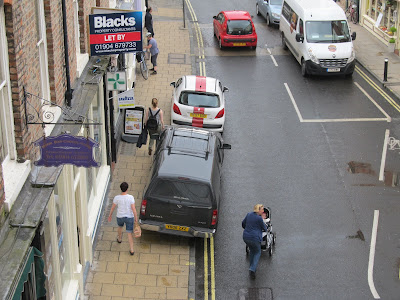 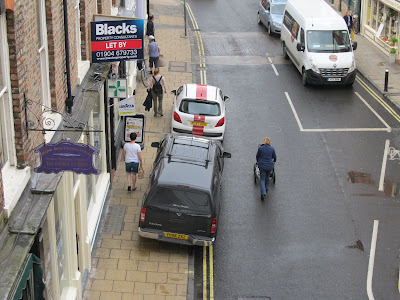 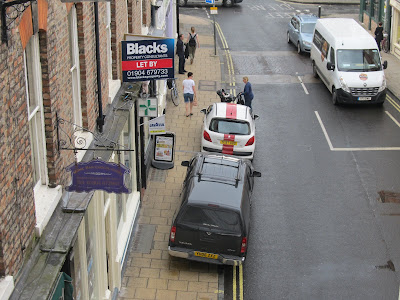 My next photographs show the crossing point between Lendal and Museum Gardens. Every day thousands of tourists on foot pour down Lendal and then have to find a way across vehicle-choked Museum Street to reach a large park beside the River Ouse which contains The ten-acre botanical Museum Gardens, a ruined abbey, and the Yorkshire Museum. And they get no help at all in crossing the road. Neither a zebra crossing nor a signalled crossing. York Council leaves them to get across a traffic-choked highway as best they can. In a city where pedestrians vastly outnumber drivers, and where cycling is stagnating, York Council puts motorists first and is every bit as committed to 'network assurance' (smooth traffic flow) as Transport for London. 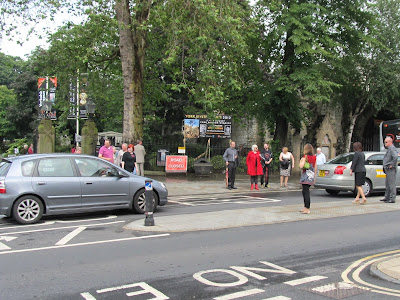 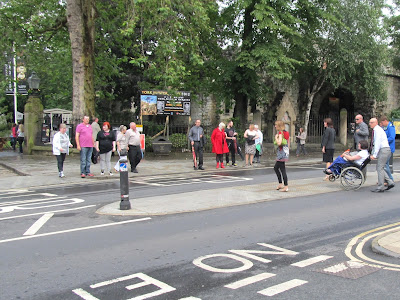 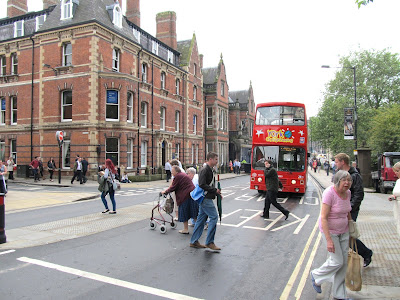 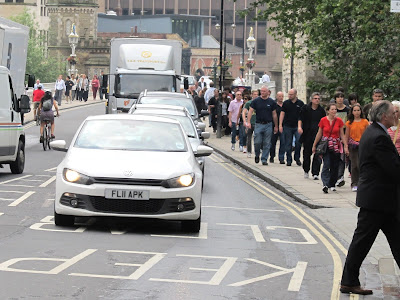 Posted by Freewheeler at 18:44