Electrification and sewage at the Olympic Park 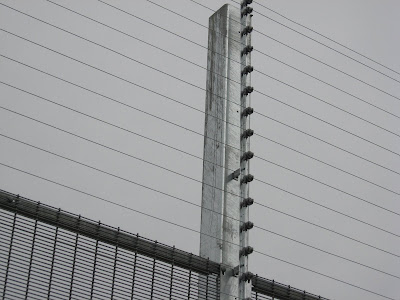 I cycled to the Olympic Park (or 'Village') in Stratford yesterday. The first two pics show the electrified perimeter fence, which is not yet switched on. It has

David Higgins, the chief executive of the Olympic Delivery Authority, said that the perimeter fence’s power top, similar to electric cattle fencing, would produce a short, uncomfortable shock but insisted that it would not present any danger to the public or wildlife. 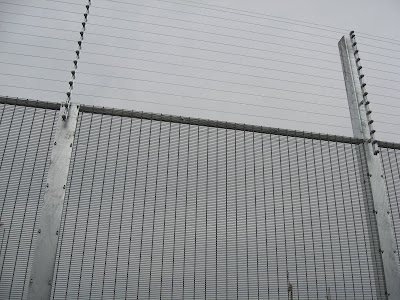 (Below) The Olympic stadium. 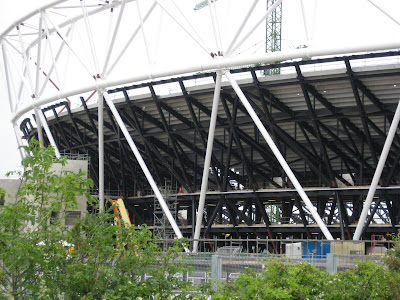 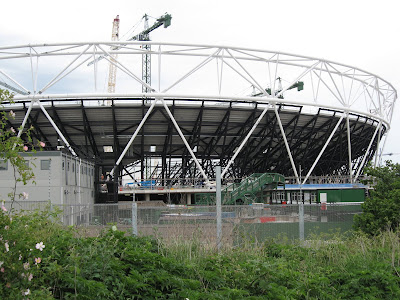 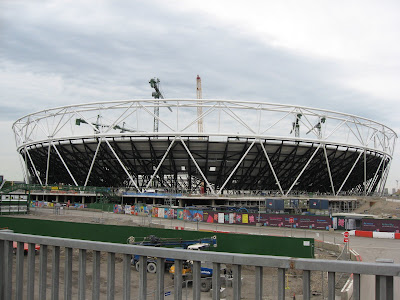 (Below) The Olympic Park. 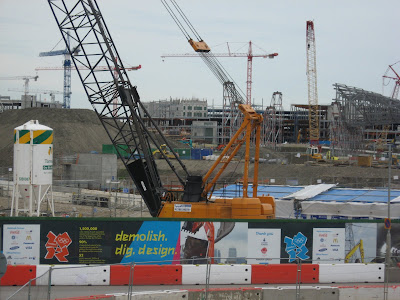 (Below) The Olympic Greenway which runs past the stadium was until recently called The Sewer Path. Here's why. Not that you need to spot this historic notice board to understand why. Just a pair of nostrils. Yup, there's a strong and unmistakeable stench near the pedestrian entrance to the stadium. Will 2012 become known as The Year of the Stinking Olympics? 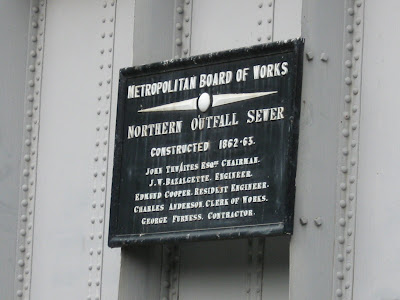 I assume these pipes which disappear into the 'Olympic Greenway' are part of the sewage system. 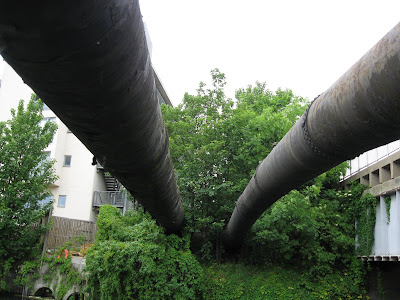 (Below) The towpath which runs alongside the Olympic site. It's far too narrow for a route which is very popular for leisure walking and cycling. Sections of it are in a poor condition, with a crumbling uneven surface and loose gravel. The Olympic project provided the ideal opportunity to upgrade this route, widen it, and provide a good quality surface, with benches. The total cost of the Olympic Park currently stands at £1.095 billion, funded by the taxpayer. And how much is going to be spent on this towpath? I think we can all guess the answer to that. 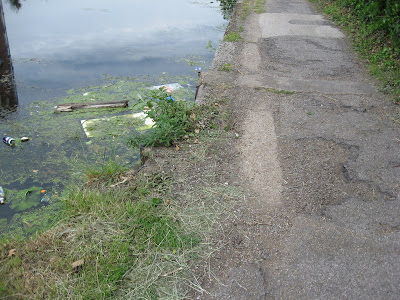 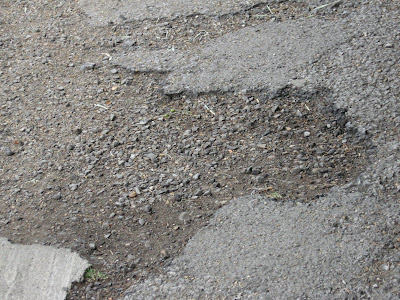