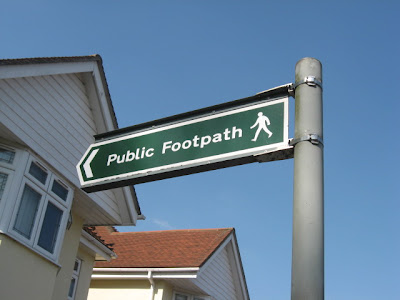 While Sustrans touts the idea of an Olympic Greenways network, the London Borough of Waltham Forest already has an existing network of 'greenways'. They are called public footpaths and public rights of way. They are often not signed, and where they are signed no destinations are given. Many of them are in a neglected state, sometimes completely obstructed. And the Council has no map which members of the public can consult, showing the location of the Borough's footpaths and rights of way. Nor does it publish free maps of the Borough showing the whereabouts of these walking routes. A very basic resource is completely marginalised. Which is why I laugh hollowly at 'Car Free Days' and 'Green Fairs', where council staff hand out bland leaflets urging everyone to walk.

(Below) After this overgrown public footpath leading between Moreland Way E4 and Chingford Avenue was featured on this blog, the Council had it cleared of all the undergrowth which was obstructing it. But now it is returning to its old state, with added obstructions. 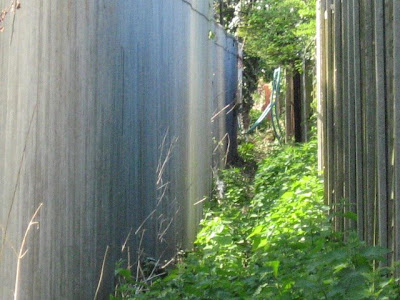 (Below) The exit/entrance to the footpath on Chingford Avenue E4 is also overgrown and neglected. 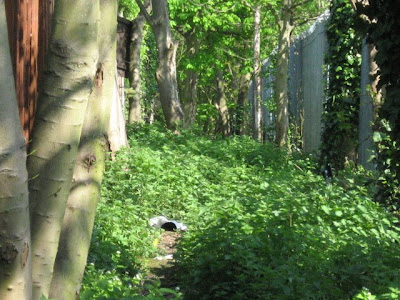 (Below) The public footpath on Wyemead Crescent E4. This was unlawfully fenced off by the Council, which failed to publish a legally valid temporary closure order before blocking access. The footpath has now been re-opened. The Council sought to extinguish this right of way but in the face of objections has now withdrawn its proposal. Evidently someone was not confident that the Planning Inspectorate would side with the Council and over-rule objections. The Council now says that it intends to divert the footpath instead, in order to allow a planning development. However, no diversion order has yet been published. Well done everyone who lodged an objection. 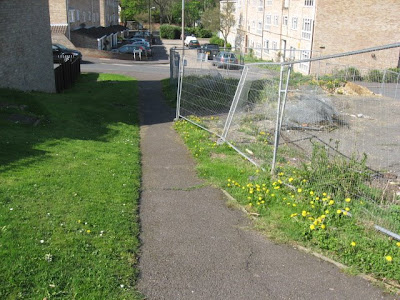 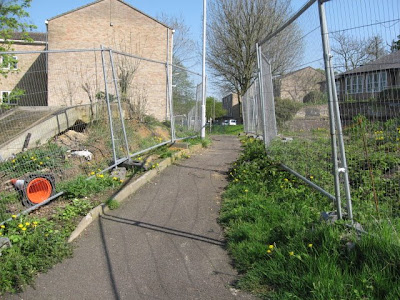