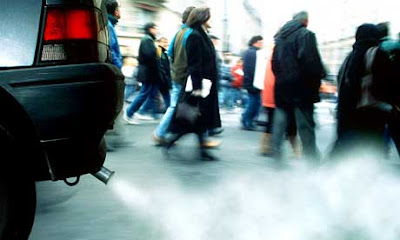 When did the British stop walking? I have just worked out that when I was growing up I walked six miles most days without thinking about it. Is the car to blame? Is it as simple as that? Sometimes I think we don’t walk anymore because we don’t believe there is anywhere to go.

No, Jeanette, the car is to blame. The car has even been allowed to intrude on the pedestrian’s last refuge, the pavement. Walking is devalued by our transport culture, which is addicted to cars and driving. Walking, like cycling, is never going to improve until cars are kicked off all pavements, forced to travel at speeds no greater than 15 mph in urban environments, and forced into a subordinate position in relation to walking, cycling, public transport and vehicles necessary for delivering goods and vehicles. The private car should come last in the transport hierarchy. It doesn't, there are no signs that this is going to change in any significant way, and so walking and cycling will continue to be marginalised.

As a pedestrian or a cyclist I inhabit space which is not valued, which is often neglected, sometimes obstructed, involves diversions into filthy dark subways or bleak bridges, and which is influenced in every aspect by the hegemony of the motor vehicle.
Posted by freewheeler at 09:11