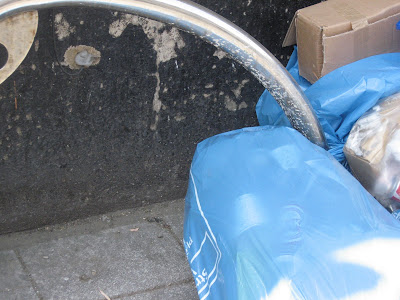 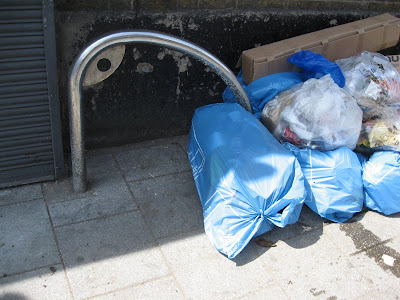 (Above) Buxton Road E17. All the photographs in this post taken yesterday.

(Below) Zoom in and see... yes, the see-through bags are Council ones, dumped here by its contractor, Kier. The blue ones belong to Verdant. 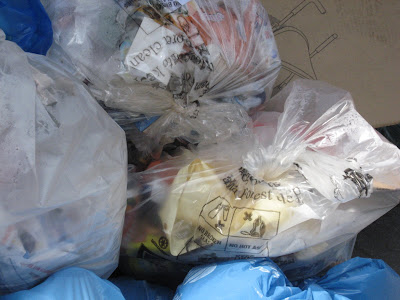 (Below) Mission Grove E17, no change. Cycle stands here are obstructed on a daily basis by market trader's carts, locked to them, and this has been going on for over a year now. To the complete indifference of the Council. Not to mention the footway obstruction, the squalor, and the fact that this is right opposite a primary school. 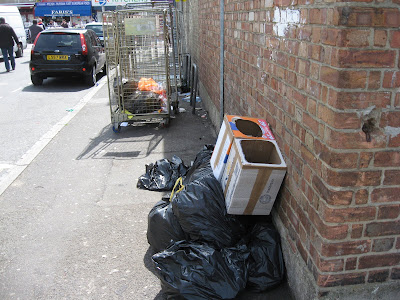 (Below) This market trader's blue trolley is a new obstruction, now into its third week. There used to be five cycle stands here by Bhs in the Town Square, now there's only one, and now it's obstructed by this D-locked trolley on Mondays, Fridays and Saturdays. 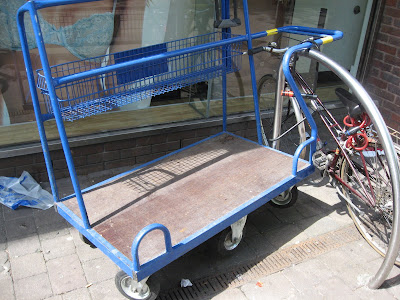 (Below) The frame of the bike which had its wheels pinched is still lying on the ground, locked to one of the seven cycle stands on the Selborne Road side of the Town Square. And note the broken flat-sided bollard lying in the flowerbed. It was originally one of a row which prevented vehicular access to the pedestrianised square, but they've all been demolished by bad drivers, and now the Square is a short cut route to the High Street. 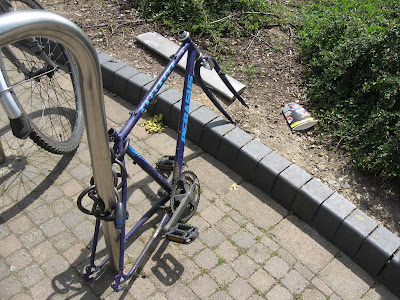 Posted by freewheeler at 08:24