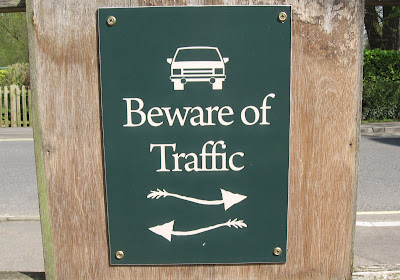 The conference, hosted by the Portsmouth Cycle Forum and organised in conjunction with CTC, is a chance to learn the secrets of successful cycle campaigning and meet other people who are passionate about creating a cycling culture in the UK.

Successful cycle campaigning? Er, exactly where, precisely? In the sphere of transport Britain is a barbaric and backward car-sick nation. I don’t know of a single town or city in the UK which can be called cycling or walking-friendly (and if you think York or Cambridge are, that exposes the poverty of your ambition; the majority of people in those cities don’t cycle, for good reasons).
Cycling infrastructure in Britain is a sick joke, cycle parking provision is laughable, and the CTC is an ineffectual organisation which declines to face the failure which stares it in the face.

Portsmouth was the first city in the UK to adopt a 20mph limit across most of its street network, leading the way for other towns and cities across the country.

Nothing wrong in principle with 20 mph zones, except that they rarely keep vehicle speeds to below 20 mph (you can do 40 mph in the Waltham Forest traffic-calmed 20 mph Church Hill zone, and I know that because I’ve been in a car that did). 20 mph zones are far from being the panacea that the naïve think they are. Apart from their failure to keep speeds down, there is nothing remotely cycling-friendly about 20 mph zones choked with parked cars on both sides of the road, which is the condition of the zones and ‘quiet routes’ in the London Borough of Waltham Forest.

The speakers at the conference include:

Graham Smith The pros and cons of shared space

It’s all con. British drivers are contemptuous of shared space and naked streets.

That’s Sussex Police, who recently pounced on a cyclist going through a red light, who ended up being fined £915:

Whereas a driver with bald tyres who ‘loses control’ while travelling at speed on a bend and kills four cyclists is fined £180.

When walking, cycling or biking wear something bright or highly visible to alert your presence to other road users.

In other words, a car supremacist agenda entirely in keeping with the traditions of British policing.

There will also be workshops on:

Away from this conference of dreamers and fantasists, I’m more impressed by bloggers who well understand that there never has been any serious attempt to promote cycling and walking as viable modes of transport.

Posted by freewheeler at 20:42