The Olympic Greenway is open! 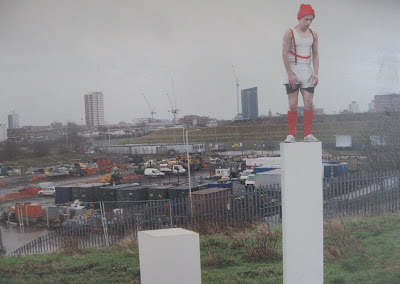 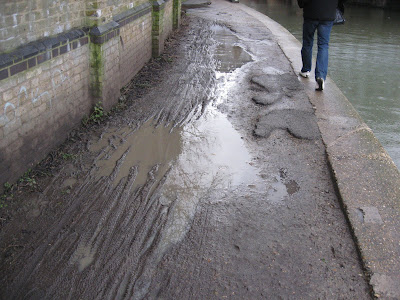 The Olympic Greenway is now finished. That was the exciting discovery I made when I pedalled off to the Olympic Village recently to see how things were progressing.

See the fabulous infrastructure available to those accessing the site on foot or by bicycle. With just two years to go, note how British Waterways have pulled out all the stops on the towpath route adjacent to the Olympic Village (above).

As you approach the site, colourful displays of native art (below) warn the bold adventurer that just the other side of the river lies legendary Hackney. 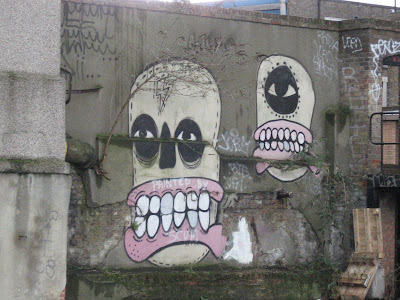 I think you'll agree that the artist's impression of the Olympic site (below) has been implemented with stunning accuracy. 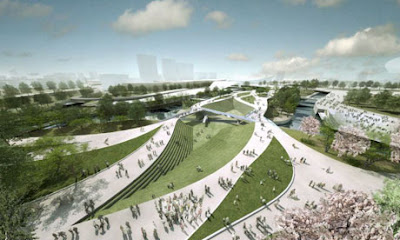 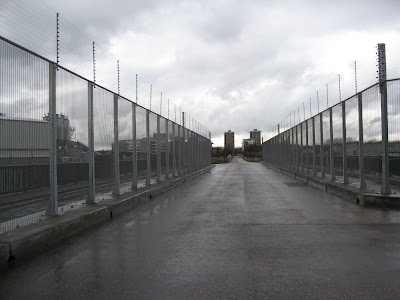 (Above) The Greenway. And what a beautiful structure this rebranded sewer pipe walk truly is, with its matching electrified fencing and spectacular views. (Once it was even called The Sewer Path, but hey, it's time to move on from the past.)

I must admit I was a bit surprised to find it deserted. Why are the people of East London not pouring here in their thousands to enjoy the thrill of walking and cycling in this glorious environment? It's a mystery.

(Below) From the Greenway you get a glorious picture postcard view of distant Canary Wharf. 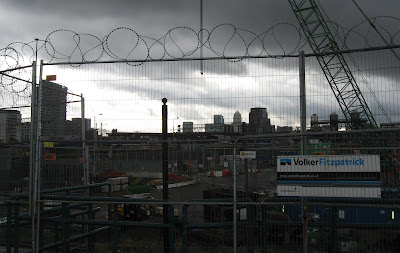 (Below) Visitors to the Olympic Village also get a lovely close-up view of traditional local native crafts. 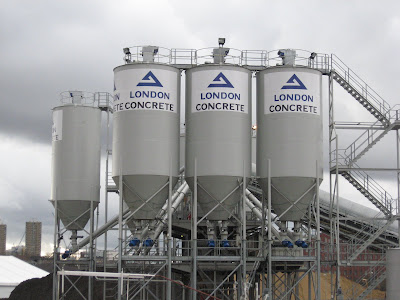 I am sorry to have to tell you that at the far end of The Greenway there was a shelter containing some satirical photographs of athletes in familiar local environments.

It's such a shame when people don't enter into the Olympic spirit, isn't it? The originals of the first and last photographs are credited to Federico Figa Talamanca. 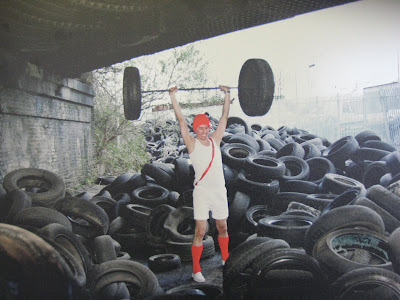 Posted by freewheeler at 09:46