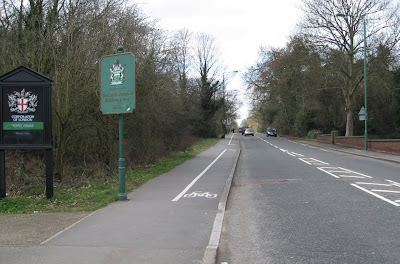 Snaresbrook Road, heading west from Woodford Road (A11). Here you leave behind the London Borough of Redbridge (a barbaric and backward place ruled by the Tories, serving to remind us all that no matter how crap Labour or the Lib Dems are, the Tories are twice as bad, and pathologically hostile to cycling and walking). Redbridge has just about zilch when it comes to cycling infrastructure, whereas Waltham Forest has glorious cycle lanes and cycle paths! Like this one. The pavement has had a white line painted down the middle, inviting cyclists to get out of the way of all those drivers who want to race down this straight road which supposedly has a 30 mph speed limit. Bits of the white line are missing, but hey paint isn't cheap and economies are necessary. 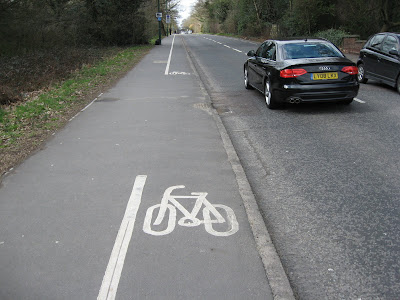 But what's this? The first clash of interests. The cycle path cuts across the entrance to a very popular car park. So who has right of way? Silly question... 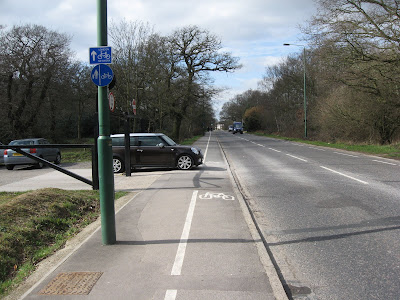 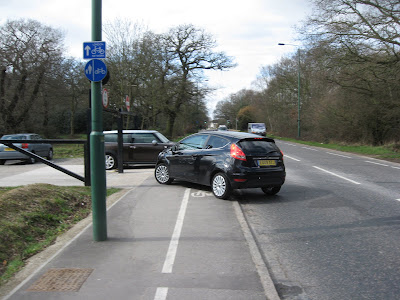 (Below) The second obstacle, installed some years after the cycle path opened. A signalled pedestrian crossing. Hidden away behind those trees on the right is The Forest School, a large private school of 1,250 pupils. When they come pouring out at the end of the school day do you seriously think they keep to the left of the white line? 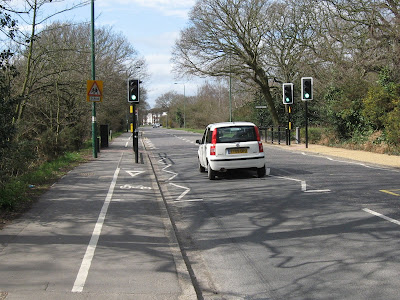 (Below)“The first I knew about the barrier was when I nearly rode into it one evening. It's a black, rigid obstacle in the centre of the cycle track. When I emailed the council, they did at least put some reflective tape on it.” And, look, isn't it effective! 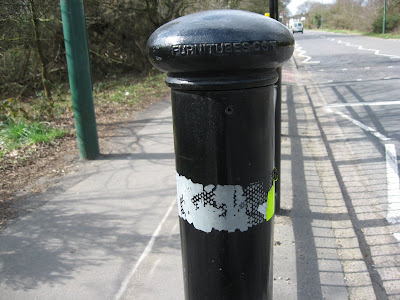 “The cycle paths are put in, but no-one worries about the important details,” grumbles a prominent Waltham Forest cycling campaigner here.

It seems to me the problem isn’t “the installation of a barrier in the middle of a London Cycle Network+ path” but every aspect of this laughably bad piece of cycling infrastructure, which runs due west from the A11 (Woodford Road) to the A104 (Woodford New Road). Conclusion: a major obstacle to the development of mass cycling is cycling campaigners with their pathetically stunted vision and their passive acceptance of infrastructure which is complete crap. 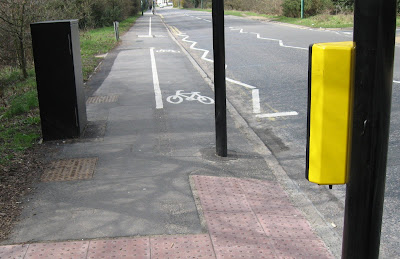 (Below) The third and final obstacle on the cycle path: a bus stop. 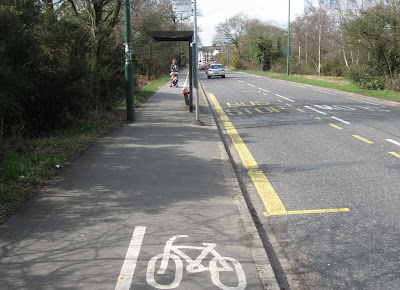 (Below) As drivers approach the bend where the cycle path rejoins the carriageway the speed limit is raised from 30 mph to 40 mph. 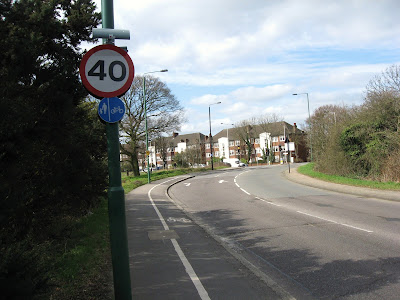 (Below) At the junction with the A104 the cycle path rejoins the carriageway across the path of a side entrance and without carriageway markings to warn drivers. In a final brilliant touch, there is no lane to connect with the Advanced Stop Line, which means that cyclists are trapped behind vehicles like these which are both respecting the ASL. 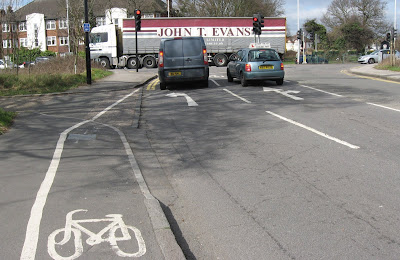 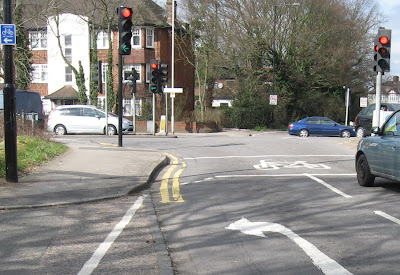 (Below) A driving instructor introduces a novice to the art of driving in London. 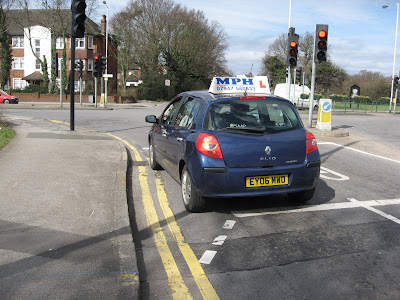 Posted by freewheeler at 09:08