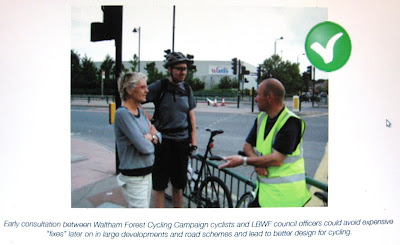 This photograph, taken at the junction of Argall Way, Orient Way and Lea Bridge Road (A104) can be found on page 15 of the local cycle group’s Movers and Shakers report. This junction forms one of the various obstacles to the free flow of cycling along this prize-winning route

The green tick indicates that this location is proudly regarded as an example of good design and a splendid instance of fruitful dialogue between cycling campaigners and council officers. So here are a couple of examples of the infrastructure, the first being the scene behind the people in the photograph. Here are two views of the point where the cycle lane on Argall Way joins the A104: 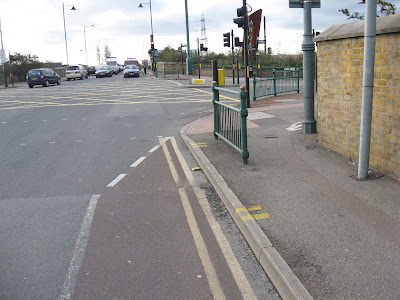 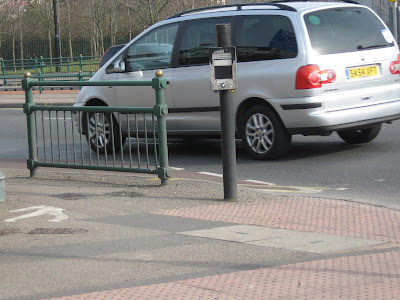 Meanwhile on the other side of the junction is this magnificently designed piece of cycling infrastructure (below). And if you can't see what's wrong with this crap, you're probably the type of British cycling campaigner who is ignorant of, or indifferent to, the kind of infrastructure that actually works to get people on their bikes in the Netherlands and Denmark. 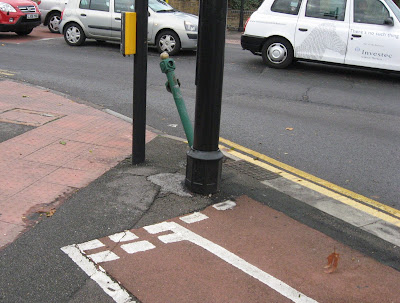 Posted by freewheeler at 12:13