Stella Creasy and the environment 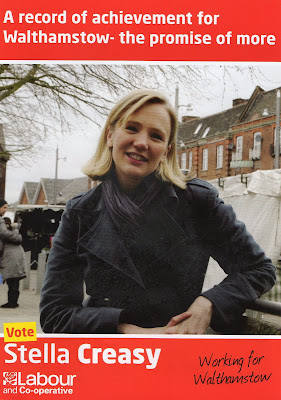 Here’s Stella Creasy, the Labour Party’s parliamentary candidate for Walthamstow, posing in the Town Square. Stella is passionate about the environment, which makes it odd that she’s never noticed the street light which burns brightly in the daytime just a few yards from where her photo was taken (below). Or for that matter the seven other street lights which can be seen blazing away in the High Street all day long, wasting electricity and underlining the hollowness of the council’s climate change policy and the hypocrisy of its advice to local residents to ‘switch it off’. 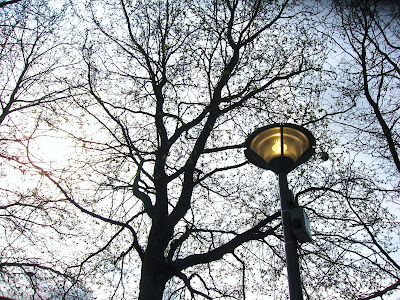 Stella hangs out in the Village, so she should also have noticed the street light which blazes away all day long on Orford Road, just yards from the mock-Tudor ancient house opposite the church, or this lighting column (below) at the St Mary Road end of the alleyway that leads alongside the Vestry House Museum and garden to Church End.

The Archipelago has noted that the bookies aren’t quite as certain of a Stella victory as they once were. I find it hard to believe that Stella could really lose this seat, since Neil Gerrard has bequeathed her a thumping majority and Stella has been assiduously networking and cultivating local interest groups since she won the candidacy. Her only serious opponent is the Liberal Democrat candidate, Farid Ahmed, whose election literature is raining down on residents with a density far greater than ash from an erupting volcano. The problem is that the election literature from both these candidates consists of platitudes about fairness and generalities about a better deal for Walthamstow. Neither tells us where each candidate stands on an issue like Afghanistan (which has been airbrushed out of the election campaign and where none of the the three main parties represents the anti-war views of the majority of the electorate) or what the issues are on which they might rebel against their own party’s line.

I might be being unfair but my impression is that both Stella Creasy and Farid Ahmed lack the calibre of the man they aim to replace, Neil Gerrard MP, who built up a sizeable majority by living locally, by living modestly and not going on an expenses binge, by displaying a feisty independence towards the official party line and by being a straight-talking MP who was always happy to tell you exactly where he stood on policy issues.

Creasy and Ahmed both strike me as being candidates who will toe the party line, whatever that line may be. That said, forced to choose between the two of them, I’d opt for Stella. She does at least ride a bicycle. She has also made a lot of effort to connect with the local community (albeit that she didn’t turn up for the recent hustings, for reasons unknown). Farid Ahmed is an unknown quantity, who has never manifested any kind of visibility that this blog is aware of. And the commentary in the local paper and on the Archipelago site regarding the recent murky goings-on inside the local Liberal Democrats, doesn’t make me warm to him one little bit.

What we need is more light and illumination – but not this sort. 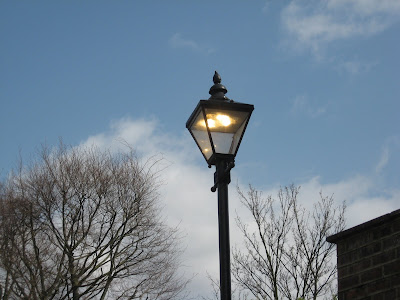 Posted by freewheeler at 10:14