‘get on your bike’ 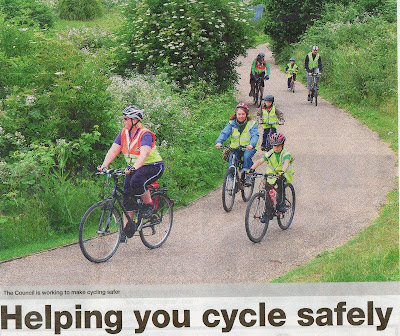 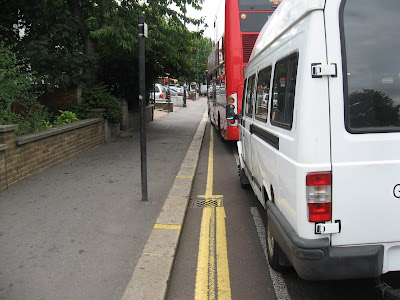 Can anyone spot the difference between the Council’s photograph of cycling conditions in Waltham Forest and mine? (No prizes.)

‘There has never been a better time to get on your bike’ is the message from Waltham Forest council in the latest issue of its propaganda newspaper.

Quite sensibly, the council has chosen to promote cycling in Waltham Forest by not showing conditions for cyclists on roads under its control but by instead showing an off-road cycle path in the Lea Valley, which is the responsibility of the Lea Valley Regional Park Authority. This particular path runs south from the other side of the bridge on Coppermill Lane, a bridge where as one user comments, I know at 5’8″ I’m not exactly tall – but this bridge has a clearance of just 5′ (c. 1.5m) – that’s got to be taking the biscuit on a national cycle route, right?

This traffic free route is very popular with anyone promoting cycling in Waltham Forest and often pops up in cycling documents, since it bears absolutely no relationship to conditions on the local roads.

The three adults and four children shown in the photograph are quite sensibly wearing helmets and high viz gear to provide protection against oncoming pedestrians. Nobody in the photo looks very relaxed but then London cyclists rarely are.

The Council’s propaganda rag, untruthfully entitled Waltham Forest News, recycles these glad tidings. When these ‘improvement schemes’ are completed rest assured that this blog will be celebrating them with glorious photographs of their fabulosity.

In the meantime my own photo shows the cycle lane on Hoe Street last Wednesday. Since I couldn’t use the cycle lane I went down the middle of the road, where I caught up with the newly refurbished cycle lane at the Bakers Arms (below). Who wouldn’t want to send their kids to school on bikes on routes like these?

Let another local cyclist recommend routes for which there has never been a better time to get on your bike:

You’ve got the Mile End Road Of Death, Lea Bridge Road Of Death or via the Eastway, which with all the the olympic site HGVs is very dangerous, especially at the Ruckholt Road railway bridge.

Julian Beere is hacked off too and has pics to show why:

The borough is managed by people who seem to like to pay strategic lip service to the well being of the borough - declaring a variety of opportunities to access and enjoy public open spaces - but the reality is often inadequate and discouraging provision for cycling and walking. 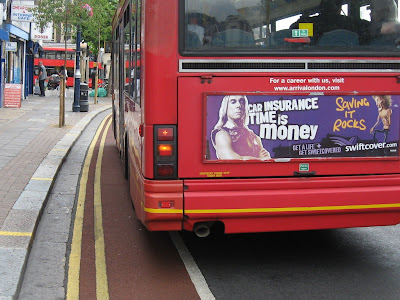