Ruckholt Road, Leyton, (the A106) is the second most popular of three major cycling commuter routes for anyone heading into central London from the London Borough of Waltham Forest. The other two are Lea Bridge Road (A104) and Forest Road (A503).

It’s a mystery why these figures are so erratic on what is a signed London Cycle Network route with a magnificent cycle lane. Here’s what it was like cycling on Ruckholt Road yesterday. 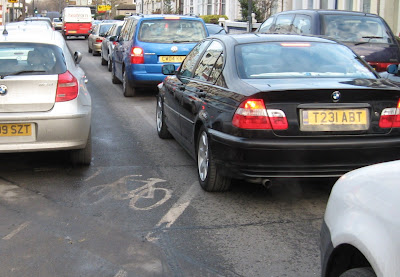