The end of cycling in Waltham Forest 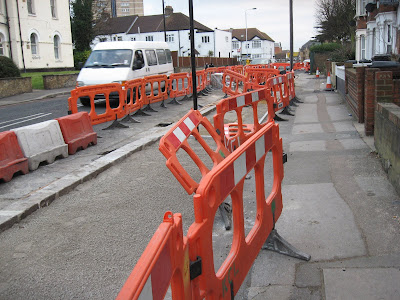 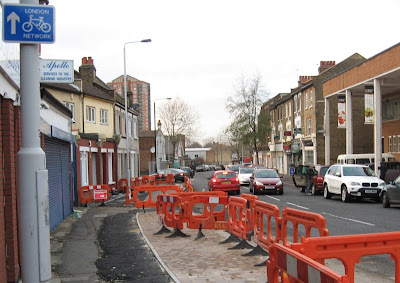 The re-allocation of street space along a large section of the B160 (Wood Street) in north Walthamstow, that’s what. All the way from Wood Street station to the A104 (Lea Bridge Road).

By the look of it this involves the construction of the first segregated cycle paths to Dutch design standards in London. And look! In the second pic there’s even a blue London Cycle Network sign.

But I’m afraid this is not what it’s all about. These roadworks are about seizing large tracts of the footway and cycle lane in order to build… parking bays. The cycle lane will then be moved closer to the centre of the carriageway, on a road where in this section vehicle speeds are in excess of 30 mph. A road which is currently not particularly pleasant to cycle on will become even more dangerous and off-putting. The danger of ‘dooring’ is being institutionally created. 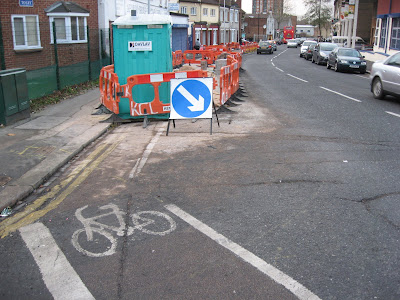 It is unbelievable that at this stage in our history, with all we know about climate change, air pollution and ill-health, not to mention the reasons why most people are deterred from cycling, that car dependency is being vigorously promoted in this way. But schemes like this are proliferating in Waltham Forest, and specifically on just the kind of routes with the greatest potential for segregated cycle paths.

If the day is ever to come when we get Dutch-style cycling infrastructure it will need to start on major routes that form the basis of a convenient and direct cycle grid. Yet that possibility is being aborted before birth by the systematic reallocation of street space from pedestrians and cyclists to motorists. The Forest Road Corridor Scheme marked a major assault on the future of mass cycling, squeezing cyclists between lorries and parking bays. I blogged about it here and here and here.

Now there’s the Wood Street Corridor Scheme shown here. And there’s more of this in the pipeline. Yet the only place you will read about any of this is here.

What is the response locally or London-wide to a scheme like this? Silence. The London Cycling Campaign is essentially complicit in this kind of engineering. The local LCC branch is fixated on on-road cycle lanes and has no objection in principle to cycle lanes running between parking bays and overtaking traffic.

At a London-wide level the LCC contains senior figures such as David Love, who speaks for numerous campaigners when he says

Sure, segregation would be great but in London at least there's no room and no money so it's not going to happen. Campaigning for behaviour change is more realistic right now.

The ‘behaviour change’ which Love seeks is for drivers to pass cyclists giving them a minimum of 3 feet. Needless to say this doesn’t happen on Wood Street now and is even less likely to happen once the Wood Street corridor scheme is completed. In fact the only safe way to cycle along this road will then be to ignore the cycle lane and ‘take the road’, which will be perceived by some drivers as a wilful attempt to obstruct them, resulting in the kind of bellicose and dangerous behaviour which the Cycling Lawyer and numerous other helmet-cam cyclists have repeatedly filmed.

There’s no space and there’s no money – that’s the mantra of the British cycling establishment whenever the subject of Dutch-style segregation is raised. But as these photographs vividly illustrate, there is the space. The parking bays which are being created could just as easily have been turned into safe, segregated cycle paths. But car-centric schemes like this have the enthusiastic support of Transport for London, with which both the London Cycling Campaign and Sustrans collaborate in promoting the fantasy that cycling in Outer London is ripe for expansion and can be achieved not through infrastructure but 'soft' measures like cycle training and posters of beautiful people on bicycles.

How much is this scheme costing? I used the Freedom of Information Act to find out. Answer: £450,000. Another massive subsidy for car owners and car users. And the end result is perfectly simple: cycling is made even more unpleasant, dangerous and stressful on this road, which has now been opened up for double parking.

Cycling will never flourish in an environment like this and it may well decline. You will certainly NEVER get mass cycling or significant modal share on a road where the conditions are like this (below). Schemes like this mark the end of cycling in Waltham Forest, except for a tiny fringe minority of hardcore vehicular cyclists. 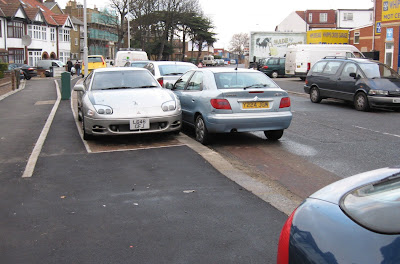 No surprise, then, that today’s news brings the revelation

The UK is one of the unhealthiest nations in Europe for some health indicators, data suggests.

The UK as a whole scored particularly badly on obesity, being the fattest nation of all.

No surprise, then, that a new report from the Department for Transport reveals yet again that

Safety concerns / ‘too much traffic’ were a key barrier to cycling.

And even more interestingly

(Hat tip to Cycalogical for spotting the publication of this new report.)

No surprise, either, that at the recent Cyclenation conference of cycle campaigners in Edinburgh, Ashok Sinha, the new Chief Executive of the London Cycling Campaign, brought the cheering news that 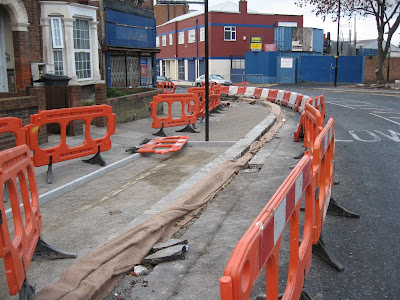 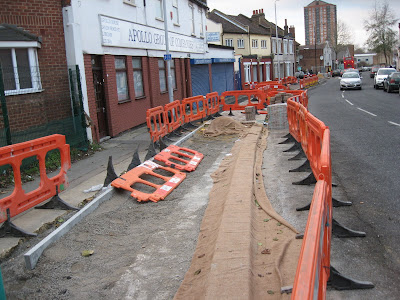 Posted by freewheeler at 11:23