Waltham Forest: the one and only true Shangri-La

Not everybody knows that the term Shangri-La was invented by a resident of the London Borough of Waltham Forest. There are two blue plaques and in 2011 I shall pedal off and photograph both of them for the edification of readers of this blog.

Of course the only real mystery is why anyone living locally would waste their time writing about a fictitious paradise, when Waltham Forest is itself the finest place on planet earth, as is proved every fortnight by this impartial scientific publication.

Some recent proofs. For example, Johnny Foreigner has to make do with unattractive off-road segregated cycle paths like this. 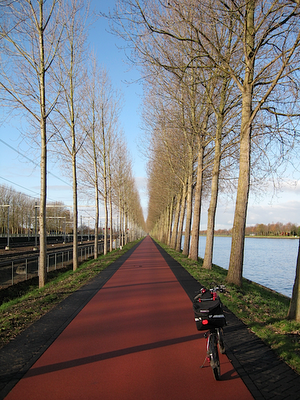 Here in Leyton an impressive stretch of safe, segregated cycle path gives cyclist a generous half-metre of pink tarmac, which is character building and great fun when you meet a group of six pedestrians strolling home from the nearby nature reserve. 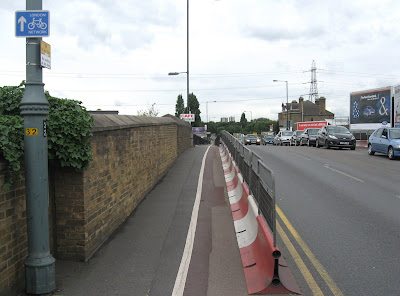 The Christmas reindeer. In Covent Garden the business community attempts to impress shoppers with a single paltry reindeer. 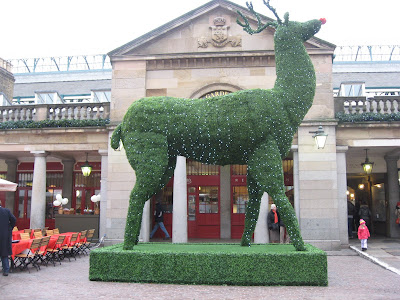 Note that in Leytonstone the business community splashes out on two reindeer – and a great deal more. 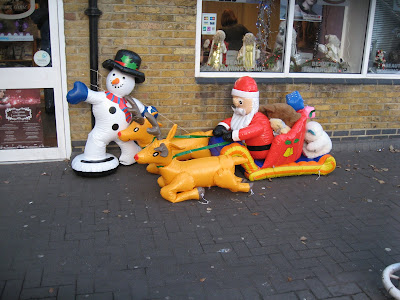 The cycling environment. In the Netherlands they often ban cars from city centres, which can result in some very dangerous cycling behaviour. This irresponsible couple are plainly not looking where they are going. 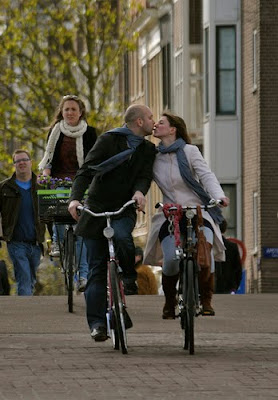 Here in Leyton you won’t see the kind of dangerous cycling behaviour you get in Amsterdam. You won’t see couples kissing because you won’t see couples cycling side by side. In fact you may not see any cyclists at all, which helps to make London a much safer city. Those cars parked in the cycle lane are there quite legally, because obviously with so few people cycling it is best to put road space to more practical uses. 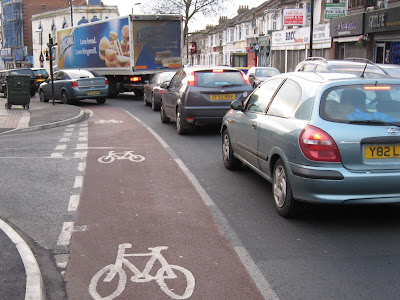 The Christmas shopping experience. Who’d want to go shopping in Covent Garden, where quite frankly parking is hell and you are expected to walk around a shopping mall which is draughty and cold because it doesn’t have outer doors or heating. And a few giant baubles dangling from the roof never quite compensate for parking hell, do they? 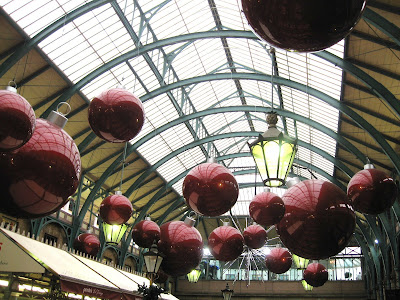 In Waltham Forest the council makes every effort to encourage local residents to drive that arduous half mile distance to the local shops. And here on Buxton Road E17 you are allowed to park on the pavement, ensuring that you can bring your car to within just yards of the High Street and the attractive local retail environment. 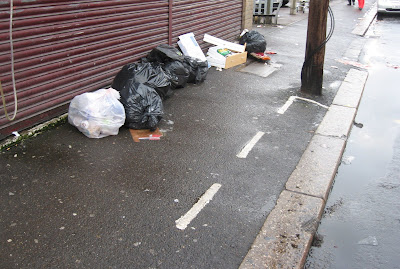 Open space with a Green flavour? In Switzerland cycling’s modal share is 9 per cent, but that’s obviously because that country is famously very flat. And I am afraid over there open urban space can at times be entirely lacking in motor vehicles, which is plainly unnatural. In fact looking at this scene there seems little doubt that someone hasn’t been taking their medication! 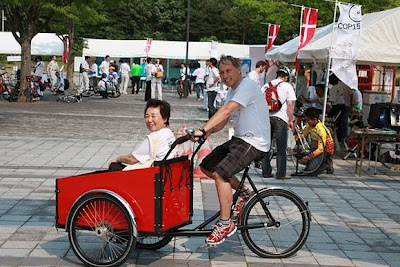 Contrast that with Waltham Forest. Here, a lucky resident relaxes in Walthamstow’s pedestrianised Town Square and enjoys the ‘Green’ view 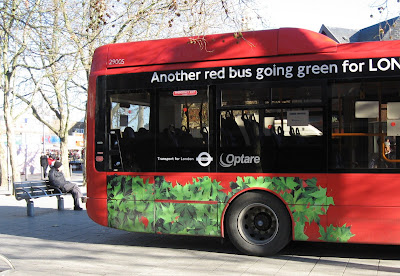 Posted by freewheeler at 12:18