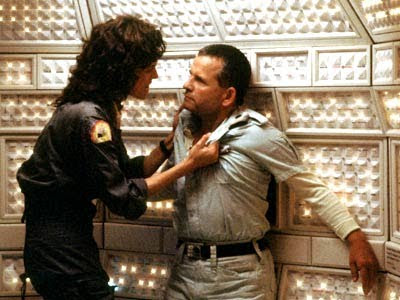 "How dare you criticise the CTC? How DARE you?"

Out there in the cold, galactic expanses of space I picked up this faint signal:

ibikelondon seems to be merging into the crap cycling in waltham forest blog. maybe he's sad he doesn't have 1600 cycling iphone apps

To which my initial response was: Eh?

I can’t say I’ve noticed much resemblance between Mark’s blog and mine, in content or tone. The only common ground is the feeling that perhaps things aren’t quite so rosy for cycling as many cycling campaigners claim and that it’s time for a new cycling strategy based on the highly successful Dutch model. But Mark is even-tempered in his blogging, conciliatory and diplomatic in engaging with those who disagree with him, eminently reasonable. Whereas this blog doesn’t do diplomacy. This blog has captured the niche market for sullen cycling ingratitude and angry dissatisfaction.

Nor do I associate either blog with sadness. Mark is always celebrating the joy of cycling and I am always not. Furiously.

Nor do I get any sense that Mark is tormented by iphone apps deprivation.

My second response was: who is Rosanna Downes and what is bugging her? A spot of googling and all became crystal clear. Rosanna Downes is the CTC’s Communications Officer. Her tweet was evidently in response to this post on ibikelondon.

She has a cycling blog but strangely it’s restricted.

Rosanna is at the cutting edge of digital cycling in Britain:

If you're an iPhone owner, there's now an even quicker way for you to report potholes and bad road surfaces. CTC's just launched the Fill That Hole iPhone app, free from the Apple App store. Developed with support from Aggregate Industries, the app combines a photograph of a pothole with GPS technology to pinpoint the exact location of the hazard. The report's then sent to the highway authority responsible, so they can fix the hazard. We're now looking at developing an app for smartphones which use the Android operating system.

Which is exciting news. Here in the London Borough of Waltham Forest you can use dinosaur technology like ringing up the Town Hall and reporting a pothole or you can do it the new exciting CTC way. Then someone will be sent out to inspect the pothole and paint a white line around it. The white line remains there for many months to delight Tate Modern aesthetes in the local community until it fades, the pothole still unfilled. And with £65 million worth of cuts on the way something tells me that filling potholes is not going to be high on my crap council’s must-do list. What’s more

The Mayor is reducing the money London boroughs get for small-scale projects, including street repairs, by 22 per cent. Town halls will have to find savings elsewhere or let their roads — already damaged last winter — slip further into disrepair.

But I’m pleased that the Android operating system gets a mention by the CTC. I remember that moment in Alien when science officer Ash, a secret android, tries to choke Ripley by rolling up a document and forcing it down her throat. Statements put out by the CTC bring out similar android feelings in me. Stuff like this, for example:

CTC believes that children are too often discouraged from cycling to school because of fears that they will not cycle safely; that surrounding motorists will drive dangerously; or that children alone in public are at risk. But these fears simply do not reflect real experience. Children can learn safe cycling through cycle training, which helps them protect themselves by teaching them good techniques for looking and anticipating the movements of motorists and other road users. The health benefits of cycling far outweigh the risks, and the risk involved in cycling is similar or less than the risk involved in many other everyday activities. In addition, more children cycling to school means fewer cars on the road, making the school run safer for everyone.

The CTC just doesn’t get it. This organisation still believes that the way to encourage mass cycling is to change the behaviour both of non-cyclists (who must be educated and persuaded by facts and statistics to take up cycling) and existing cyclists (who must conform to the existing road network and car-centric status quo and assert their rights as equal vehicles) as well as motorists (who must be made into better non-cycling drivers by new legislation).

This campaign strategy has two glaring flaws. Firstly it ignores the reality that no one is taking the slightest bit of notice. People are afraid to cycle in motor traffic and express a preference for traffic-free cycling. Every survey ever taken sends out this message, which is underlined by such manifestations of mass cycling as the SkyRides. And among those who do cycle, the CTC vehicular strategy of acting like a vehicle and asserting your right to 'take the lane' is also widely ignored. Many cyclists flout the status quo by riding on pavements, ignoring red lights, and cycling the ‘wrong’ way down one way streets. They do so because they are scared, or because it is safer to jump the lights than wait there alongside that lorry which has just driven into the ASL, or because disobeying the rules is a much faster way of getting to their destination than following gyratories and one-way streets. In other words, large numbers of cyclists choose to ignore a street infrastructure which is designed for smooth motor vehicle flow and indifferent to the convenience and safety of cyclists.

Secondly, the strategy is demonstrably failing in all kinds of ways. Cycling is not growing in any significant way. Cycling remains the preserve of the hard-core cyclist, probably someone aged 25-45. In London almost everyone is cycling alone. You hardly ever see couples cycling, you almost never see families, and child cyclists are a rarity. Nor are there many elderly cyclists. But then Transport for London plans on the basis that no one aged 64 or older is capable of riding a bicycle.

Fewer and fewer young people are cycling. In London the number of cycle trips made by children and young people declined between 2001 and 2006/07 And out here in north-east London The percentage of children cycling to school in the London Borough of Waltham Forest in the academic year 2009/2010 is 1.3 %. It’s all a far cry from this.

In short, it’s infrastructure that gets people cycling, not advertising campaigns, education, statistics or driver legislation. Yet Dutch-style infrastructure, with its proven record of success, is the one thing which neither the LCC nor the CTC will put at the heart of their campaigning, preferring to stick to campaign-business-as-usual. The LCC’s theme song, as we know, is ‘Always Look On The Bright Side of Life’, while the CTC’s, referring to the right to cycle on hellish narrow ‘A’ roads filled with high volumes of speeding drivers, is ‘They Can’t Take That Away From Me’.

But this blog has a theme song too, which has so many applications across the spectrum of British cycling.

Posted by freewheeler at 11:59