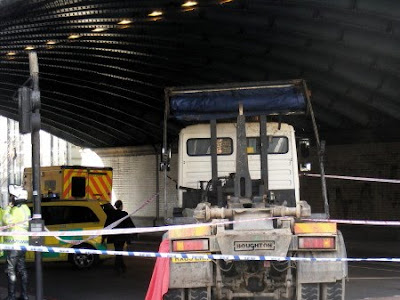 A CYCLIST was killed after being knocked-down by a lorry on a busy road. Cops were called to the junction of Tower Bridge Road and Druid Street at 9.30am today (Tuesday).

The cyclist was found “trapped” underneath the lorry, Southwark police said. He was pronounced dead at the scene.

The driver of the truck, operated by Ron Smith Recycling of Feltham, stopped at the scene.

Posted by freewheeler at 20:39