It's cheaper than renting a skip 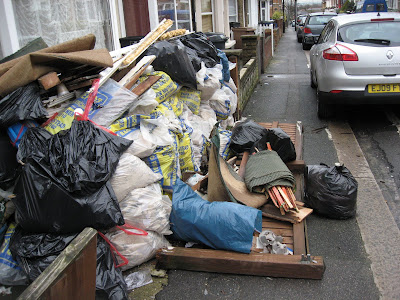 6 Browns Road, E17, yesterday. This a recommended walking route to school, used by people taking children to nearby Greenleaf primary school and nursery. That's why the Council decided to promote walking by allowing cars to park on the pavement, even though the footway is only 1.5 metres wide.

Apparently more and more people are driving their kids to school instead of walking, which is a bit of a mystery when our caring Green council is an enthusiastic participant in Walk To School Week.

There used to be a section of Browns Road where the pavement was just for pedestrians, but a couple of years ago Bob Belam put an end to that nonsense and allowed drivers to park on the previously car-free east side between Richards Place and Hoe Street. Thanks to Bob this street is now a totally car sick environment. Well done Bob! 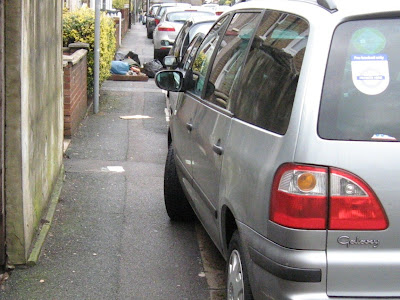 Posted by freewheeler at 09:12