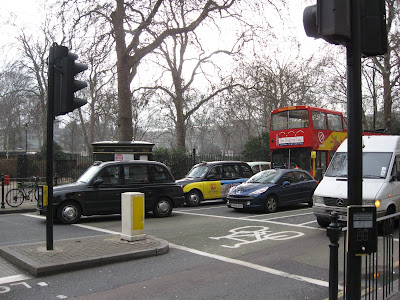 
The car supremacist culture at the BBC makes perfect sense when you look at its management.

In the short period July-September 2009, senior managers at the BBC claimed expenses for

enjoyed free days out at the British Grand Prix

Dame Liz Forgan was driven back from the performance at Stratford-upon-Avon to her London home at a cost of more than £4 a mile to the arts quango, which received £436m of government funding last year.

The cab ride is one of dozens of expense claims made at the council by Forgan and her predecessor, Sir Christopher Frayling, in 2008-9, a period when the council was slashing funding, or removing it altogether from more than 200 arts organisations.

claimed £460.72 to be driven to and from Glyndebourne opera house in East Sussex in August 2008. A first-class return from London to Lewes, the local station, is £41.50, less than a tenth of the cost of Frayling’s car journey.
Posted by freewheeler at 09:41