Delivering the message that cyclists are crap 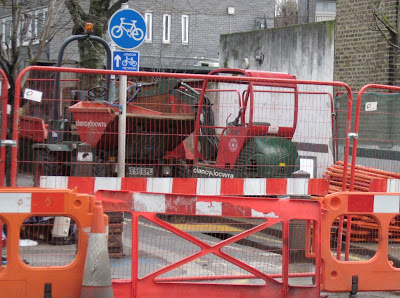 Sustrans, together with London Councils, the London Cycling Campaign and Transport for London have published guidance to encourage the public to take to bicycles, and their own two feet, to cover the short distances in a guide called ‘Delivering the benefits of cycling in outer London’.

“The short distances that make up such a large proportion of journeys in the outer boroughs are perfect for cycling and walking, yet levels of physical activity in outer London are currently lower than inner London,” said Carl Pittam, director of Sustrans in London.  “That needs to change, which is why we have targeted local authorities in the outer boroughs with this new guidance.

Guidance which boroughs like Waltham Forest will direct into the nearest bin. Waltham Forest Council is fully committed to increasing car ownership and use, accomplished by extending legalised pavement parking, building new parking bays alongside cycle lanes and reducing the costs of motoring (freezing permit charges on your second and third car, that sort of thing).

Leaving aside the design failings of this crossing, or the fact that cyclists are sent down Glenthorne Road to meet traffic coming at them head on, with the added fun of the council's cycling-hostile rubber speed cushions, when I went to use it yesterday it was blocked off by road works. It happened last year and now it's happened again. There is no advance warning in either direction that the cycle crossing is blocked and out of action. Only drivers get advance warning of roadworks, cyclists are an inferior species who just aren't worth bothering with. The cycle lane is blocked and the cycle lights are switched off. There are no temporary lights because again cyclists just aren't important. Find you own way across this busy road, you useless self-propelling person on two wheels. 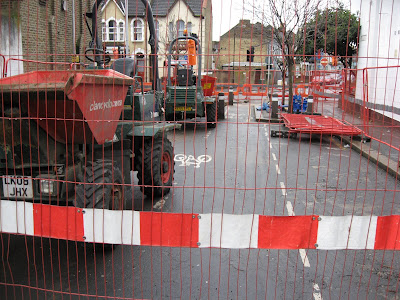 (Below) Pedestrians, like cyclists, have also lost their dedicated green phase crossing light, and are abandoned to their fate, left to scamper across in a gap between the cars. Which is bad news if you are elderly or infirm and walk slowly. 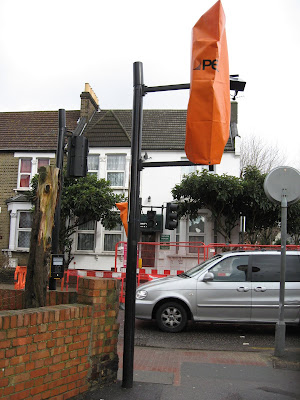 (Below) Still hooded after six months! I came across this on Saturday. The dedicated cycle crossing with cycle lights leading across the A112 from St Mary Road to Selborne Road. The lights for cyclists were hooded back in September last year and have been out of action ever since. SIX MONTHS OF NO CYCLE LIGHTS. There is no advance warning that the crossing is out of action. And cyclists are left to find their own way across five lanes of traffic.

Crap like this turns people off cycling, and expensive marketing campaigns persuading Joe Public to take up cycling are a total waste of money when cyclists remain marginalised and treated as inferior road users. Dutch cyclists don't have to put up with this kind of crap. They get solutions. 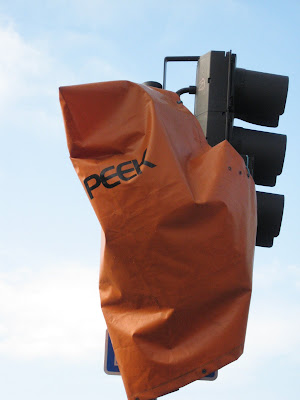 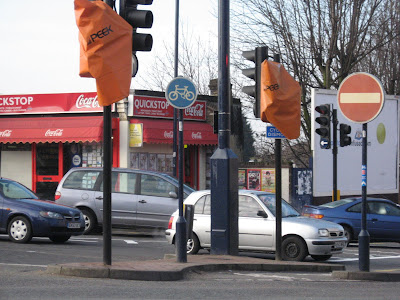