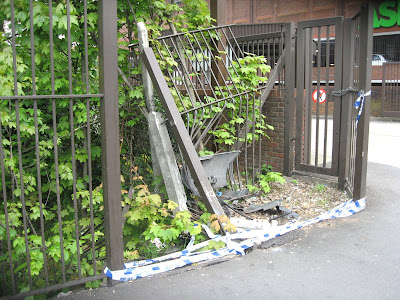 A driver has evidently ‘lost control’ on Selborne Road E17, careering at speed across the pavement, knocking down a street sign, a concrete fence post, and a section of metal railings on the corner of the railway bridge and the service entrance to The Mall shopping complex. There’s been nothing about this in the local paper. A few strips of police tape languish on the ground.

If the driver was protected by airbags and was not injured then this won’t be recorded in the statistics which are used by organisations like the Cyclists’ Touring Club to claim that the streets of London are getting safer than ever. In reality the opposite is true, and the evidence of motor violence is everywhere.

Incidentally this site has not been made secure. It belongs to Network Rail. The gap in the fencing now means children can access the railway line. 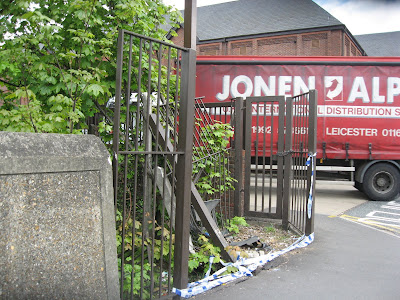 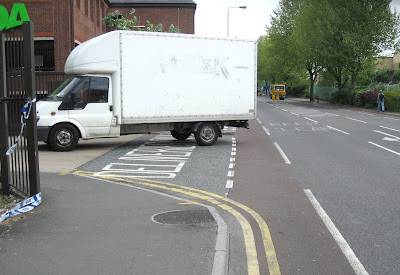 Posted by freewheeler at 13:00