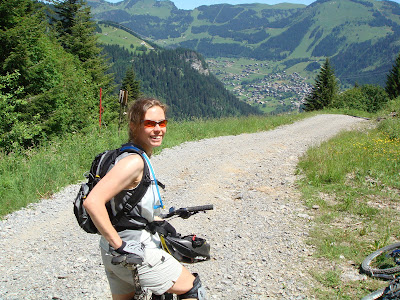 Last year I blogged about the death of cyclist Catriona Patel (killed by a left-turning lorry driver) here and here. This fatal collision was not reported by either the Evening Standard or BBC London News but it did make The London Paper, a publication which is now defunct (which is why not all my old links work).

I also visited the location of her death.

The Daily Mail website now exclusively reveals that the driver, who had previously

appeared at Camberwell Green Magistrates Court charged with causing death by driving without due care and attention of City worker Catriona Patel.

Dennis Putz, 51, crushed 39-year-old cyclist Catriona Patel as he turned left into her path near The Oval cricket ground. Ms Patel died of multiple injuries following the accident captured on council CCTV on June 29, last year. Putz admitted causing her death by careless driving on the basis that he was using his 'hands-free' set at the wheel of his cement truck.

But prosecutor Jonathan Polnay told Inner London Crown Court: 'We do not accept the plea.' There will be a trial for the more serious charge of causing death by dangerous driving, he added. It is claimed Putz had been drinking and holding his mobile to his ear when he hit the victim in rush-hour traffic on Kennington Park Road, at the junction with Harleyford Street.

This development should be contrasted with the ill-informed discussion which occurred on the London Fixed-gear & Single-speed website discussion thread after the killing of Catriona Patel. There was anger by some commenters but there were also commenters who were quick to blame the victim and to call for more “education” of cyclists.

Most disturbingly of all there was this post, which successfully defused the anger and deflected attention away from the possible culpability of the driver:

My partner was the driver of the Lorry which was in the accident on Monday where sadly a woman cyclist died. I have read all the posts about this and some have been quite upsetting as a lot of comments have been way off the mark. My partner had not been drinking all night, he was safely tucked up in bed at 9pm watching TV with a cup of tea. He is an experienced HGV driver of 20yrs and has never had an accident. The cyclist came up on his left side and has sais he simply did not see her,he did check his mirror but she was in his blind spot. I have researched this and a lot of accidents have happened this way. He was arrested, this would be normal practise after an accident of this nature, the police are now conducting an investigation. He is traumatised and our lives will never be the same again. Our thoughts and prayers are with her family at this terrible time.

Very brave post indeed, I still don't understand why people pass down the left, or get ahead of vehicles, I for one make sure the driver can see me, it's a survival instinct? I hope your partner can come to terms with this awful event.

Julie, I hope you and your husband are ok. As a cyclist who was lucky to survive a similar accident last year, I feel very strongly about these accidents. I know that your husband, like the driver involved in my accident, did not go out intending to hit a cyclist, it was a tragic accident. All those involved have to live with it for the rest of their lives. We need to stop placing blame, (and yes I know that some drivers should not be driving cars or HGVs, but that is not going to change) and find a solution. And it should start with educating ALL road users.

Julie - Thank you for posting. poor coverage and assumptions make villians of those who are involved in an accident, this is a terrible thing to have on yours and your partners mind. Please take the comments on here as venting, many in-experienced cyclists feel fear when riding and this often comes out in frustration and anger. when someone dies on the road this fear and anger bubbles over. But you are right - this is an all to common accident and if it is to go away lorry drivers and cyclists should work together to force better equiped lorries and better prepared cyclists.
Kind regards
Pip

Anybody now feeling ashamed of their kneejerk responses, I wonder?

And is there any chance of the London Cycling Campaign or some other cycling group monitoring the progress of this trial and organising a protest outside the court in the event of a guilty verdict? If found guilty, the defendant, though likely to receive a custodial sentence, will almost certainly get a driving ban of only a few years, and then be allowed back behind the wheel of a motor vehicle. London’s cycling community, such as it is, should be sending a very vocal, angry message that any lorry driver who is found guilty of killing a cyclist when using a handheld mobile phone, should receive a lifetime driving ban. We should also be calling for the punishment for driving while using a mobile phone to be increased to immediate disqualification instead of a piddling £60 fine and 3 points on a licence. And, bearing in mind the huge numbers of rogue drivers in London, we should be calling for the return of traffic police to the capital city’s lawless roads. That's one way of honouring the dead.
Posted by freewheeler at 14:43