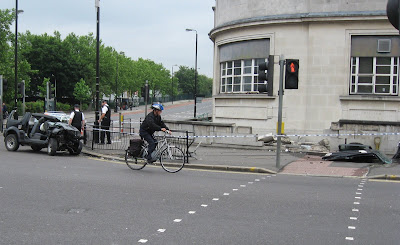 (Above) On the first day of National Bike Week a cyclist passes the scene of the latest major road smash in Walthamstow. Two vehicles collided earlier today at the junction of Forest Road (A503) and Wood Street (B160), demolishing part of the wall outside Wood Street Library. 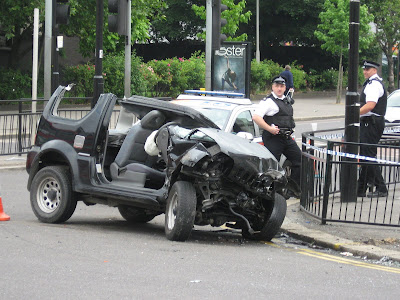 Evidently no one was killed, although judging by the location of the wreckage anyone who had been cycling or walking past when this happened might well now be wrapped in a body bag and lying in the local mortuary.

What happened? I have no idea, though it seems quite likely that at least one of the drivers involved was going faster than 30 mph. As the British car industry has always successfully resisted the installation of aircraft-style black boxes in motor vehicles, we'll never know the true speeds involved. 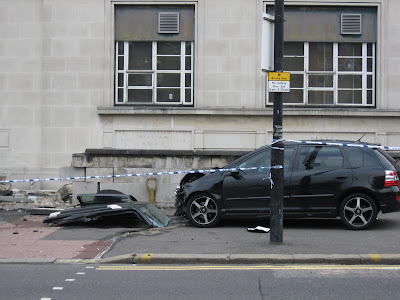 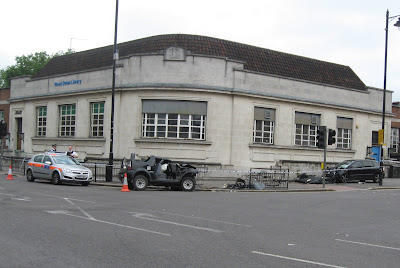 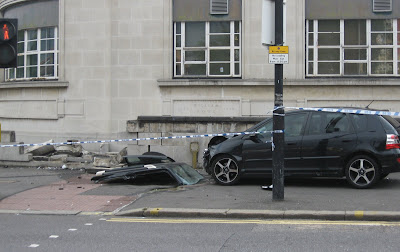