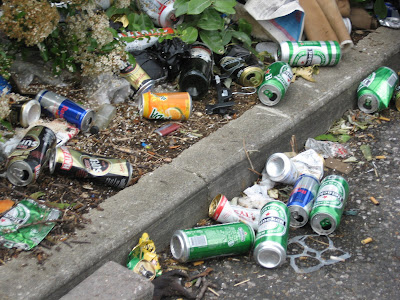 At the weekend this blog went beyond 100,000 hits. (The hit counter was installed in January last year, so no hits were recorded for 2007.)

At this news spontaneous celebrations broke out among local people who, displaced by the town centre Alcohol Restriction Zone and the attentions of PCSOs, now do their serious drinking next to the council cash office on Church Hill, on a wall on Eastfield Road E17 or here on this attractive bench situated in the council car park behind the Turkish supermarket at the end of the High Street. And as you can see, the council's much publicised battle against enviro-crime continues to be a triumphant success.

Dave Hill of The Guardian says We need more blogs like this. Jon Snow has cited it on his Channel 4 blog. And, perhaps most humbling of all, this blog has been noted by the prestigious site Everything About Sewage.

Forwards to the extinction of the species by climate catastrophe, car dependency and chronic fossil fuel drug addiction!

And now I think I need a drink. 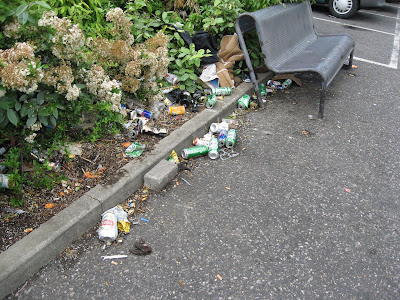 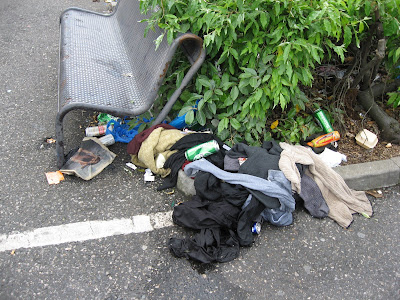