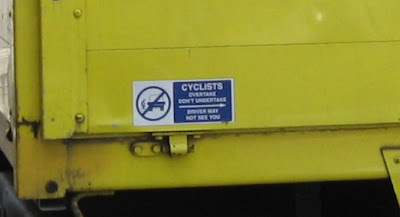 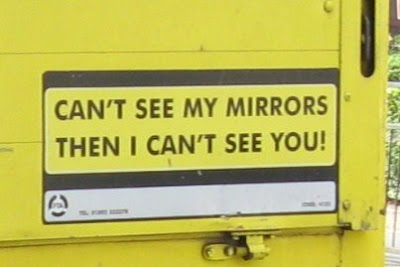 I was quite excited when I caught up with this lorry on Willow Walk E17. The vehicle had a notice warning cyclists not to undertake, and another notice on the driver's side warning of the driver's restricted visibility. Admirable!

And very useful too, since when the lights up ahead turned to red at the junction with Selborne Road, the driver went into the Advanced Stop Line for cyclists and didn't signal whether he was turning left or right.

And now for something completely different.

As many as 85 per cent of lorries break 50mph speed limits while more than three-quarters exceed 40mph limits, Government figures out today showed.

Liberal Democrat transport spokesman Norman Baker said: "It seems the police and the Government are now prepared to accept lawbreaking on a massive scale.

What do you mean, 'now'? They always have been, Norman.

Could there possibly be a connection between the number of collisions involving cyclists and lorries, the widespread lawlessness of lorry drivers, and the reluctance of the police to enforce traffic laws that protect vulnerable road users? This blog thinks there might well be. 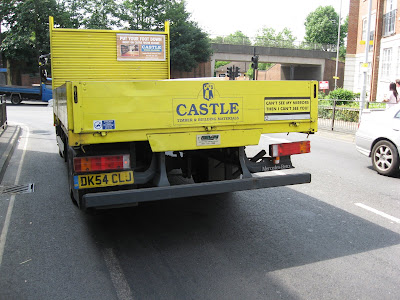 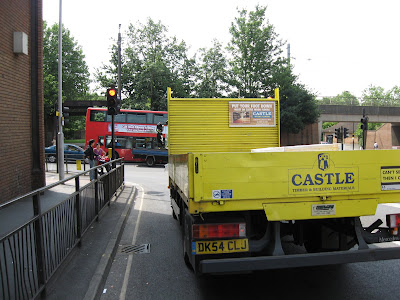 Posted by freewheeler at 08:37