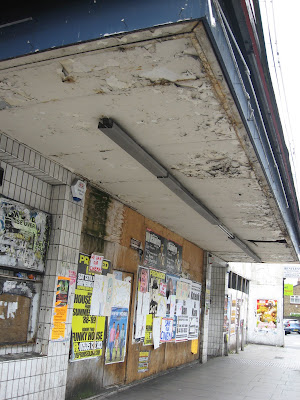 (Above) The notorious derelict EMD cinema on Hoe Street, Walthamstow. The borough's last cinema, until it was bought by a wealthy evangelical group, who wanted to turn it into a place of worship. Planning permission was refused. The Council prefers not to get involved. And this listed building continues to rot.

(Below) Now showing: The Squalor from Waltham Forest. 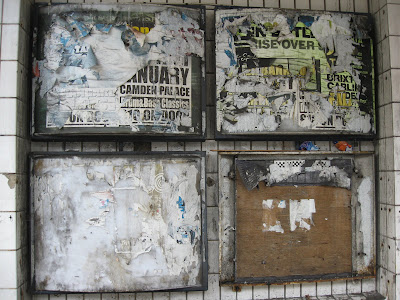 (Below) Aftermath of the latest demonstration. 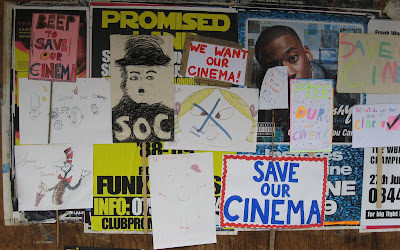 The derelict cinema lies just a short distance from the notorious derelict Arcade site on the corner of High Street and Hoe Street. Both sites have attracted a great deal of attention locally. One overlooked site on Desolation Row is this (Below) Just beyond the derelict cinema, on the corner of Milton Road and Hoe Street, is this magnificent nature reserve. A couple of years ago the Council gave planning permission for a new housing development. The existing buildings here were demolished last year. And then the banks started going bust, the recession kicked in, and property development began to freeze up. Now a sign has gone up that says TO LET. It's hard to imagine who will would want to rent this site in the current economic climate, so presumably it will remain empty for the foreseeable future. 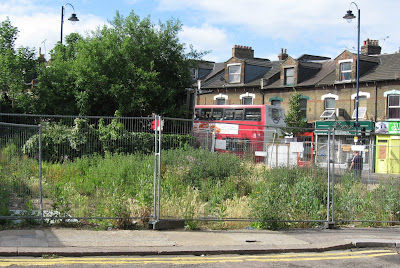 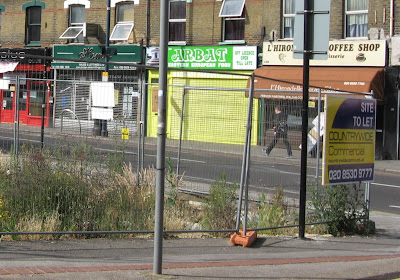 (Below) In the background there's a billboard showing the glories of a Lexus Hybrid. The sort of car that nobody round here could possibly afford. 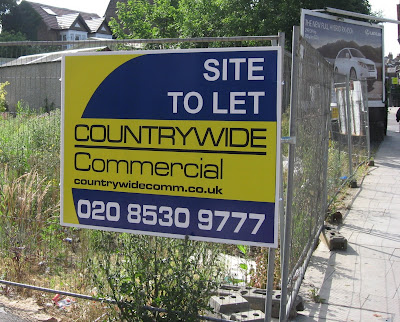 Posted by freewheeler at 05:34