NO CYCLING in Waltham Forest 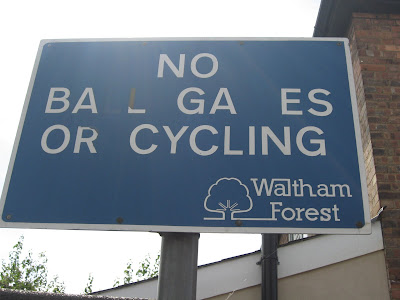 As I’ve pointed out before, transport planning in Waltham Forest is incoherent, prioritises car parking over cycle lanes and exhibits all kinds of design discrimination. The sign above is placed adjacent to the road closure at the junction of Wellesley Road E17 and Rutland Road (below). Providing two parking bays here was more important than providing a cycle lane. It's just one example among many. And the council's policy of converting more and more roads to one-way streets involves the theft of road space from cyclists, making them go out of their way purely in order to accommodate and manage increased vehicle flow. But then the London Borough of Waltham Forest is fully committed to increasing car ownership and use, the theft of pavements for car parking, and the theft of road space from cyclists for traffic management or parking. 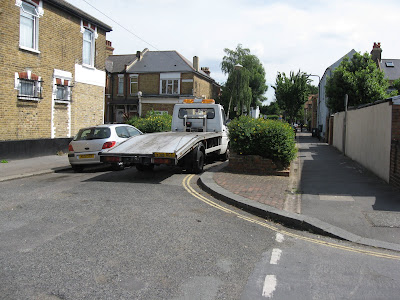 (Below) Rosebank Road and Russell Road are shown as blue marked two-way cycle routes on TfL's Local Cycling Guide 4 copies of which were being handed out in the Town Square last Sunday. But these maps are out of date. You can now no longer cycle in a straight line south-east, from the one-way street (Belgrave Road E17) across Boundary Road and along Rosebank Road and Russell Road. This convenient and straightforward route to Lea Bridge Road has now been blocked-off to cyclists by being turned into two one-way streets, with NO ENTRY signs at the north end. (See below) 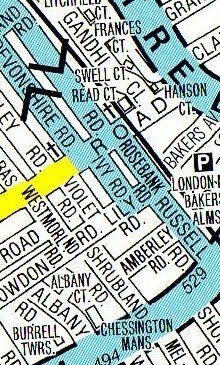 (Below) Rosebank Road E17. I took this photograph by going 'the wrong way', against the NO ENTRY signs. Compare it with the following photograph of Glenthorne Road. 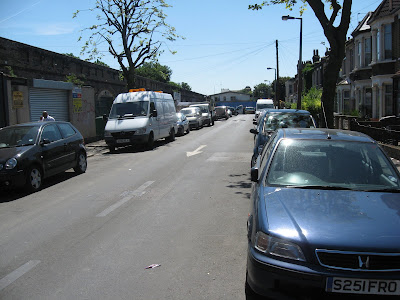 (Below) The council planners regard Glenthorne Road E17 as of an adequate width for cyclists and cars to pass, even though it appears to be no wider than many roads converted to one way. This street forms part of a two-direction strategic cycle route, with a dedicated signalled cycle crossing of the A1006 (swooned over by Sustrans in their original but now much-changed Greenways document). This simply underlines the incoherence and absurdity of the Council's ongoing theft of road space from cyclists by making more and more streets one-way only. 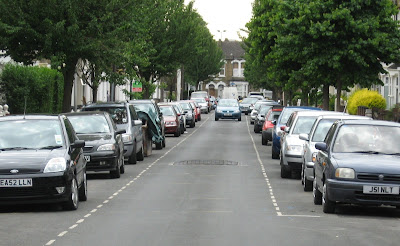 (Below) Farnan Avenue E17 is marked as a blue signed two-way cycle route. However... 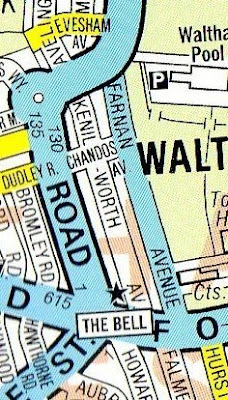 (Below) The new NO ENTRY signs on Farnan Avenue at the junction with Chandos Avenue E17. A straight, convenient route to Forest Road, connecting with an off-road cycle lane, is now denied to cyclists, even though the road is quite wide enough to accommodate them. 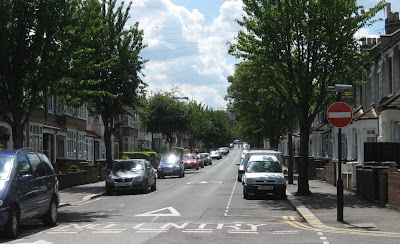 (Below) Apart from the theft of road space from cyclists by the introduction of new one-way systems, this crap council has never once taken a look at the possibility of introducing off-road cycle lanes at eminently suitable locations. Here's one example. King's Passage, E11. NO CYCLING. 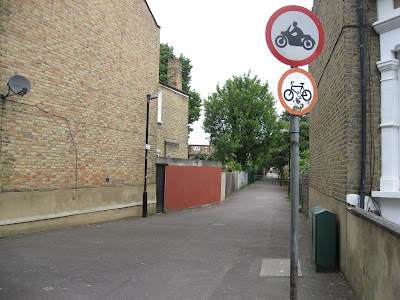 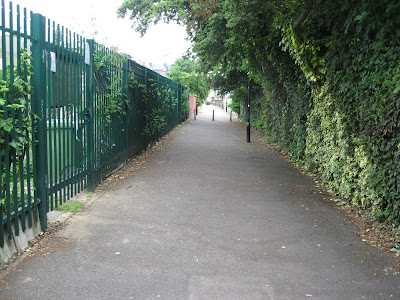 Footnote. The Langthorne Road closure in my first blog link has now been re-designed (I suspect as a result of the mockery and sarcasm of this blog). The exciting news is that the re-design still allows the opportunity for more mockery and sarcasm! I'll save that treat until next week.
Posted by freewheeler at 08:06