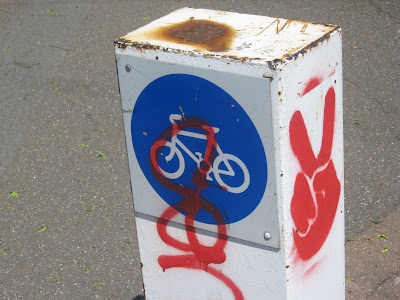 And the winner of the London - World Class Cycling City design award prize is...


York Road E4 is a long straight north-south road with two road closures, each of which have cycle lane access. As you can see from the pic above, these cycling facilities are maintained to the usual fabulous high standard. There's one slight difficulty, though. If cycling north, encouraged by the cycle lanes, you end up here: NO CYCLING. 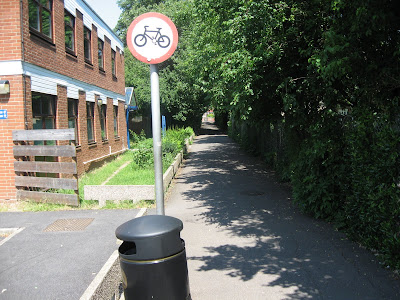 Yes, York Road at the north end is a cul de sac, with a public footpath leading on to Hall Lane E4, aka the A1009. This pathway could be widened and converted for cycling. One good reason for making this a cycle route is this:

The council’s cycle counts on Hall Lane E4, over a twelve hour period:


Cyclists don't like the A1009. More people might cycle if there was a good straight safe route that avoided it. These interesting statistics indicate the pitifully few people who choose to cycle in Chingford on this A road and demonstrate not a vast surge in local cycling here but paralysis. (TfL's 91 per cent increase in cycling in London is apparently based on measuring cycling on just 40 main roads.) It would be interesting to know how many cars pass by on this road over a 12 hour period but no one wants to find out stuff like that. The results would simply highlight local car dependency and the irrelevance of cycling as a local transport mode.

What's that building on the left in the pic above? It's Chingford Health Centre, a fairly large unit which includes Chingford Medical Practice. It has a large car park but NOT EVEN ONE CYCLE STAND. This is another local health institution controlled by addicts, who are in thrall to fossil fuel addiction and car dependency. The NHS colludes with climate cholera. 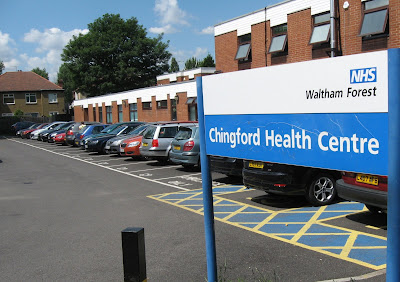 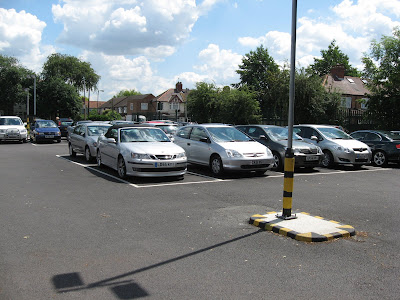 (Below) There's ample space by the Health Centre entrance for cycle stands. 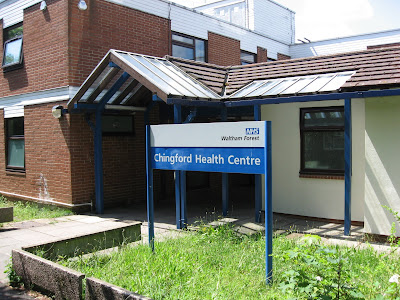